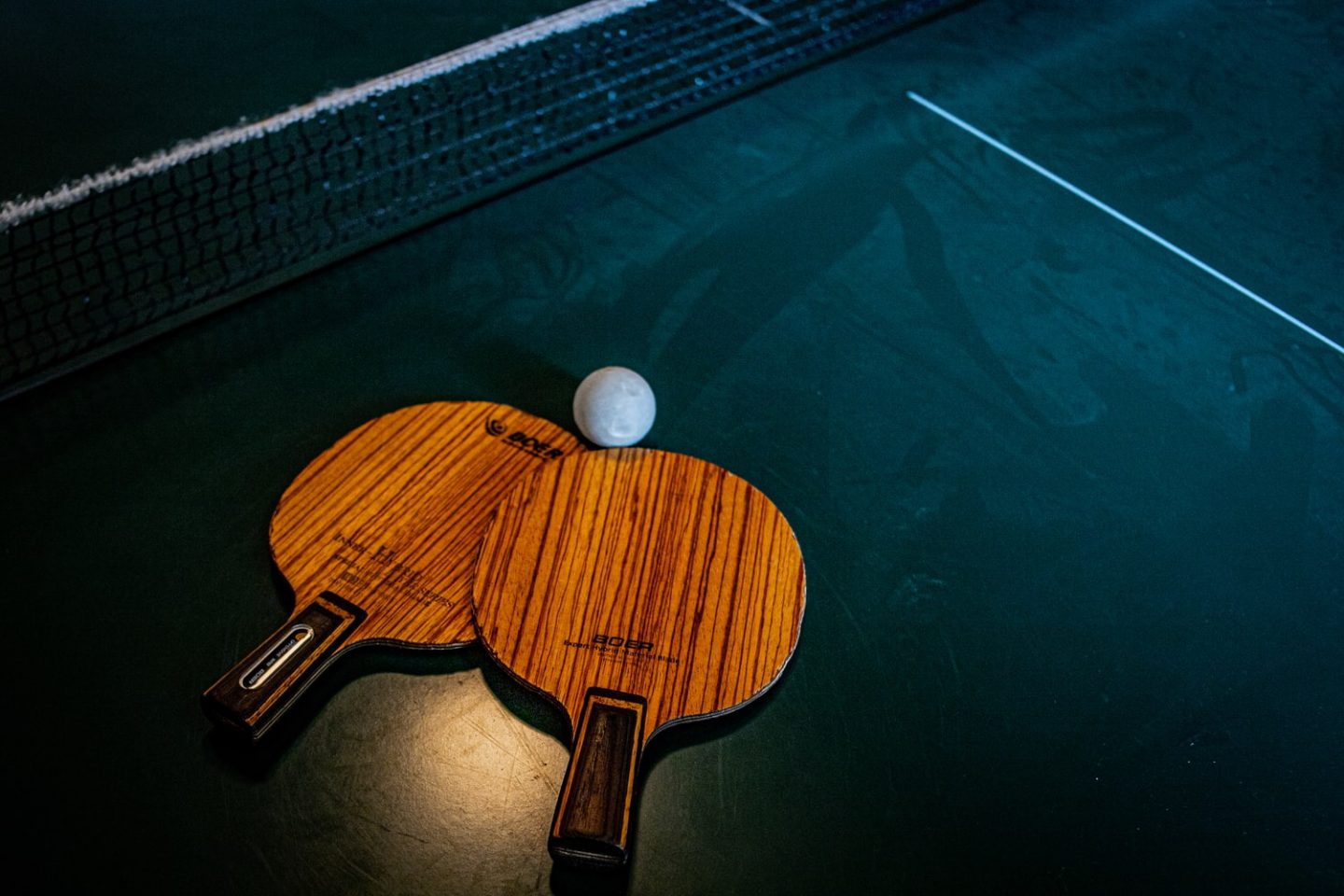 A ping pong table is a great investment for your home Man Cave, basement, garage, or rec room. It will provide you and your friends and family hours of fun playing ping pong. It is just that though, an investment. Ping pong tables are not cheap and if you choose to spend the money to buy one you want to make sure it gets plenty of use. While the table will surely see its fair share of ping pong matches, there are other games you can play on the table when ping pong is not the best option for whatever reason.

Here we will look at several creative ways you can repurpose your ping pong table for other games. These games can be more suitable for certain age groups and crowds and are a great way to truly get your money’s worth and maximise the space that a ping pong table takes up in your home. If you are considering a ping pong table and want to find the best one for your space, your budget, and your needs, check out Giftwits ping pong table rankings and reviews. Now, on to the game ideas!

Right after you hear the words ping pong, the next two words many of us think of is beer pong (or Beirut, which is slightly different). The popular college drinking game has become synonymous with ping pong tables and ping pong balls and is the perfect way to utilise your ping pong table late night when you are with a group of friends enjoying a few adult beverages.

This drinking game was literally invented on a ping pong table so, although you can play it on almost any type of table, a ping pong table really is best. The table and the game are so tied together that when you go out to buy your balls and paddles to play the game the table was intended for, you mind as well pick up a big sleeve of red solo cups too! But if you want to be fancy, you can always go for a specialised  beer pong table as well.

While you could probably populate this list entirely with drinking games you can play on pool tables, we only have one more on the list. Flip cup is a real crowd-pleaser of a drinking game and something that gets a bigger chunk of the party involved than beer pong does. Plus, there is even less equipment involved.

All you need for flip cup is a table (ideally a ping pong table), some solo cups (ideally red, because… tradition), and 6 or more people (ideally an even number). You split the group up into two teams and fill each cup up with a small amount of your beverage of choice. The first player drinks the contents of their cup than flips it over using one finger. Once flipped, the next player can go in this relay-style race.

After you have repurposed your ping pong table for adult games like the ones above, you can also find some great games for all ages that you can play on the surface. These next games are all tabletop games of different sports that are fun to play with your friends or with kids of all ages. The first game on the list is table hockey.

Using books or blocks, make a perimeter wall around the ping pong table with an opening that is the goal on either end. Then, using your hands, ping pong paddle, or small hockey sticks, hit the ping pong ball or small puck back and forth trying to score a goal. You can play this game to 5 or 7 goals. Table hockey on a ping pong table is similar to Air Hockey or Knock Hockey and just as much fun!

To play, fix a cup to either side of the table, just standing it up is fine. Then, from the opposite side, try to bounce the ball into the cup. Each cup is a basket and you can even mark out two lines. Bouncing behind the closer one can be 2 points and the further can be worth 3. In all honesty, this is similar to what you do in some versions of beer pong but it is fun for the whole family.

You may have played this game on your desk or at your lunch table at school as a kid but playing it on a ping pong table at home is also a lot of fun. For this game, the equipment list is even smaller. All you need here is a paper football. To make a paper football, you take a long, rectangular strip of paper and fold it over and over until it forms a tight, thick triangle.

Once you have your paper football, the rules are simple. You have four attempts (downs) to score. You flick the football trying to get it to the opponent’s end zone which you accomplish by getting it to hang over the edge. After you score you kick an extra point or you can pull up on “third down” and “kick” a field goal. This is done by flicking the football through a finger-made goal post.

In addition to these fun games, there are plenty of others you can play using a ping pong table as well. You can use it as a card table or for other types of casino games, play several other varieties of ping pong with funky rules, or even flip one side up and play 1-person ping pong. If you throw a nice table cloth over it, a ping pong table makes a great picnic table or cocktail table at a party. No matter how you use it, a ping pong table will offer tons of ways to have lots of fun!