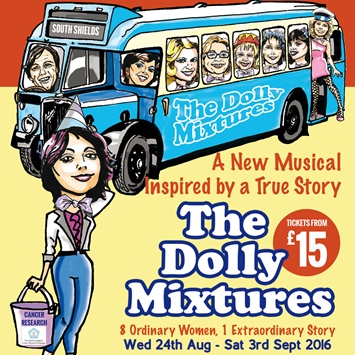 Last Saturday, I headed to my favourite North East theatre venue, The Customs House to see their new musical, The Dolly Mixtures.

Inspired by a true story, The Dolly Mixtures tells the tale of 8 ordinary women from South Shields with 1 extraordinary story.

When Ken, played by Steve Halliday, was diagnosed with cancer at only 32, his wife and friends set up a variety act, calling themselves The Dolly Mixtures and set about touring the working mens clubs of the North East to raise money for Cancer Research.

Social clubs were a tough audience to crack but soon enough their silly costumes, catchy songs and funny skits were in high demand and netted them donations totalling £100,000 for Cancer Research.  They’d originally set out to be able to buy a dart board to make hospital stays for cancer patients that little bit more comfortable but their efforts far surpassed that.  The money raised was an amazing achievement, even by todays standards, and something that The Customs House is continuing with collections for the charity after each show.

I don’t need to tell anyone reading this that cancer is a dreadful disease that impacts the lives of far too many but what I think this musical shows is that when you’re living a nightmare, such as your husband or brother being diagnosed with cancer, you can either retract and fall apart or stand up and fight which is what The Dolly Mixtures did.  Not only did they show such a strength of character and determination but the power of a bond between friends. 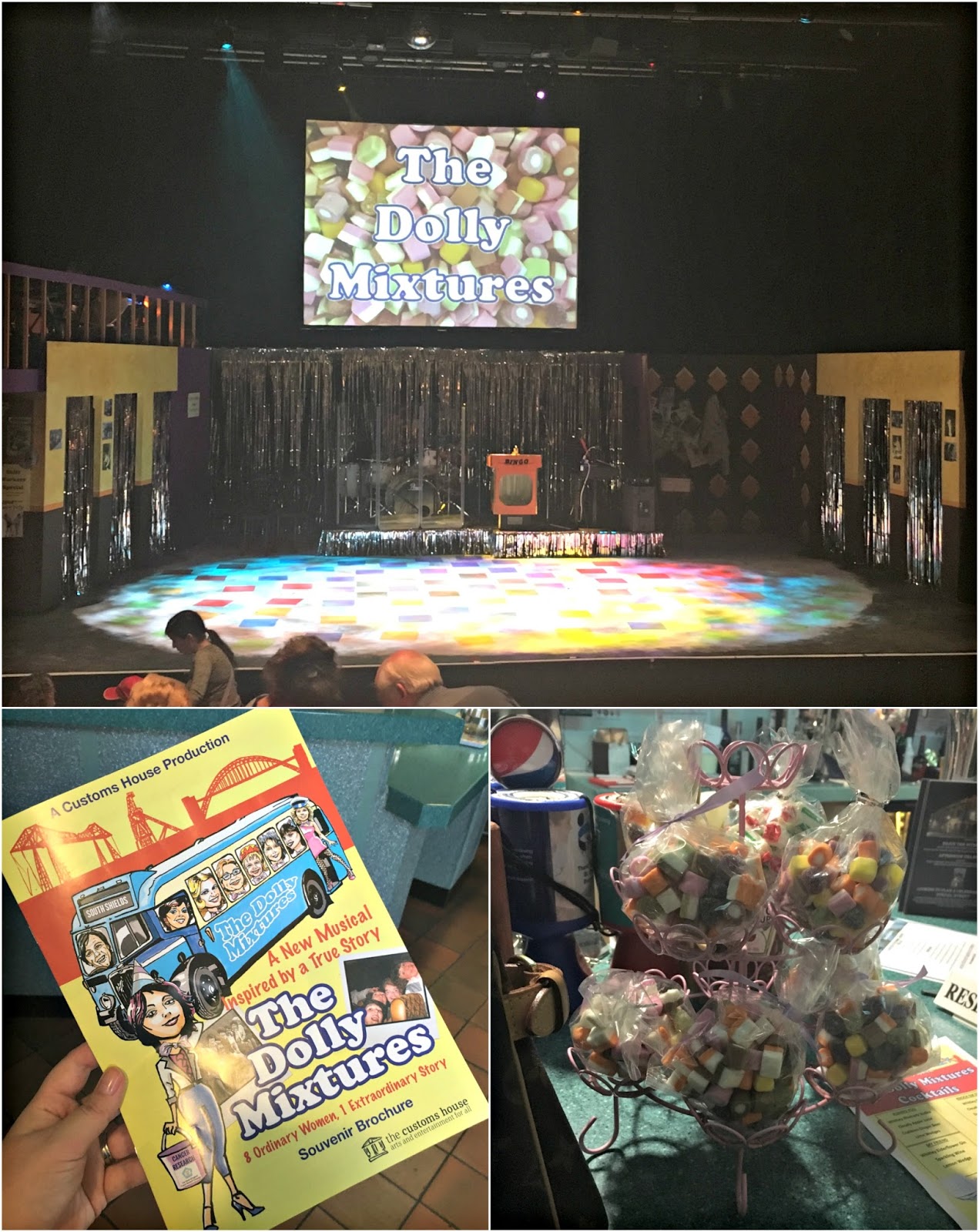 The musical is incredibly well written and will have you crying tears of laughter and sadness in equal proportions.  I loved that they shared original images of the Dolly Mixtures as well as photos of the clubs and around the area from years ago.  Older members of the audience appreciated this greatly and it was lovely to see them laughing away as they remembered scenes from their own lives.

The Customs House have pretty much put together a dream team with John Miles writing the music, Tom Kelly responsible for book and lyrics and the legendary Ray Spencer as Director along with many more talented individuals behind the scenes.

As you’d expect from a Customs House production, the casting was perfect with each character giving a faultless performance.  It was great to see Patricia Whale play the part of Margaret as I have enjoyed her previous performances as part of Encore and The Big Goodbye earlier this year.  Of course, it was fantastic to see Angela Hannon cast as Hilda as I’ve seen her in previous performances at The Customs House, such as Dance Across the Tyne, and she always has me smiling and chuckling away. 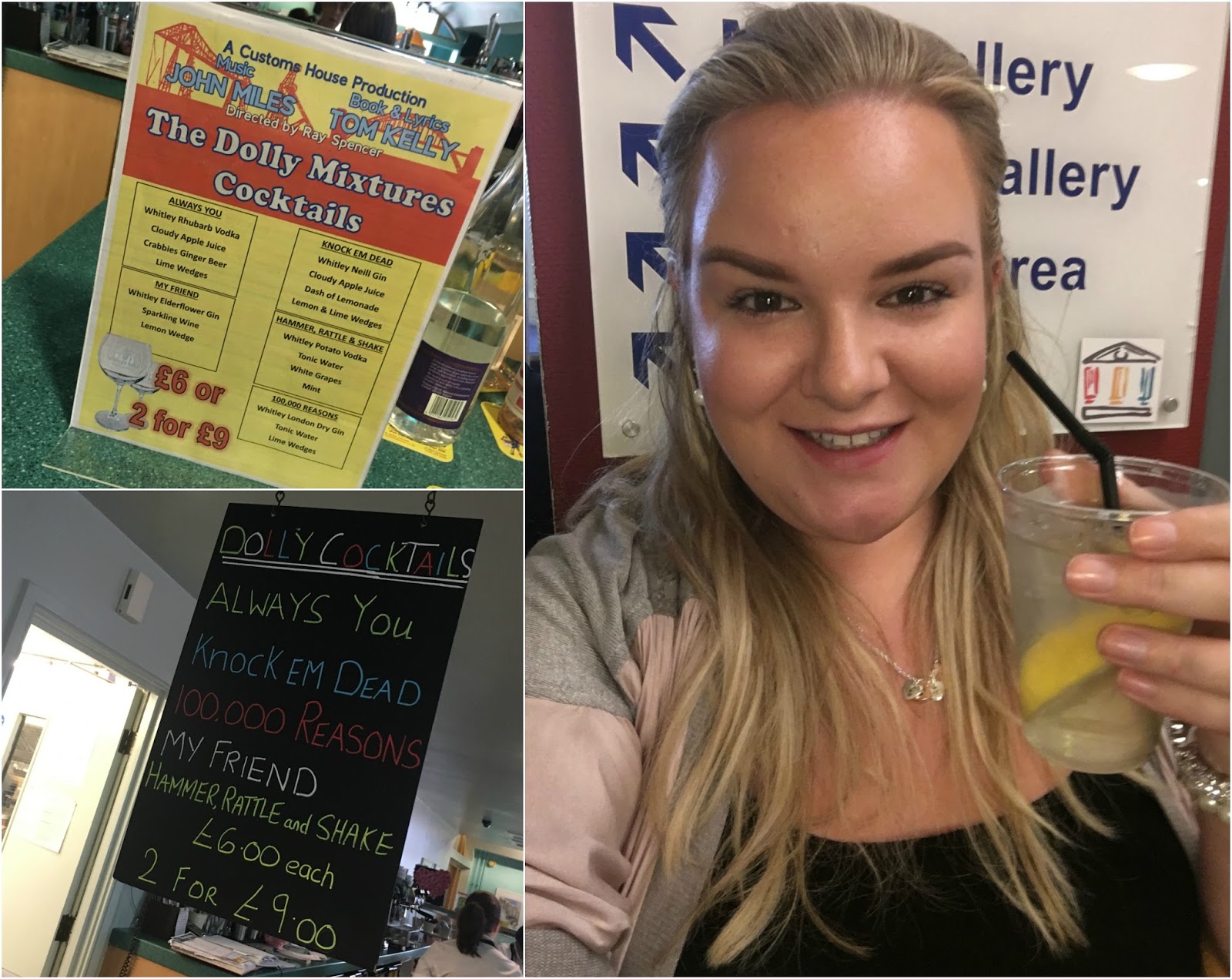 Going to see The Dolly Mixtures was certainly a great experience from start to finish.  The set design and live band were fabulous and I loved the attention to detail with the Dolly Mixture sweets available to purchase before the show and the Dolly Cocktails which certainly packed a punch!

If you do one thing this week, make it attending a performance of The Dolly Mixtures.  I’d recommend it to all!

The Dolly Mixtures runs until Saturday and you can book tickets at the Customs House here; theres even a Thursday and Saturday matinee.