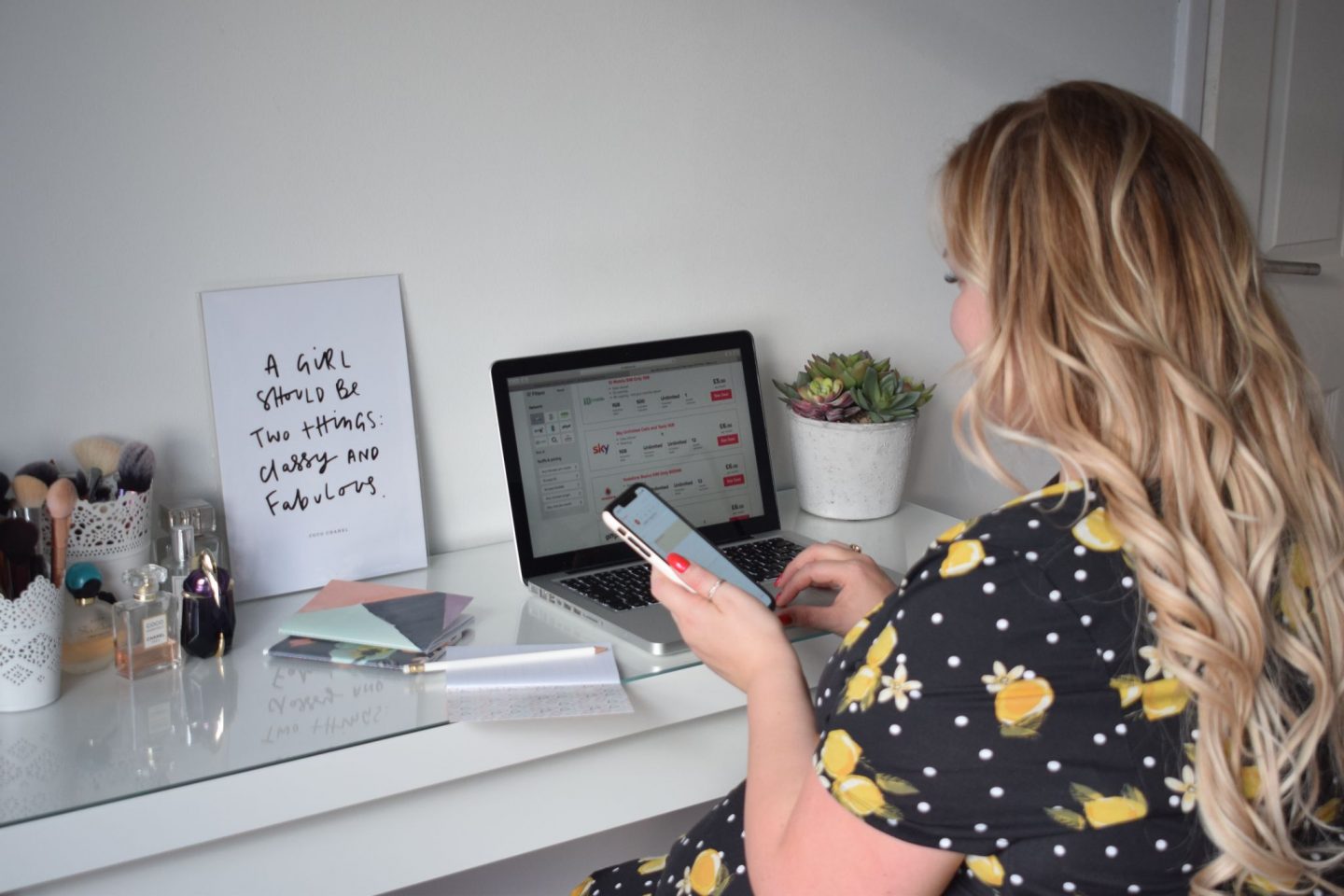 Since I moved into my first apartment a couple of years ago, I’ve really had to learn fast and grow up even more.  When I moved in, I didn’t have anyone to support me, especially financially and while it was stressful and scary, in all honesty, it did me the world of good.  I’ve really changed over these last two years and I’ve gone from someone who I’m ashamed to say, wasted money and spent it like it was going out of fashion, to someone who is actually really careful with what she spends and makes every penny count.  I’ve become industrious and I’m so proud of everything that I’ve created here because I made it happen.

The reality is, I didn’t have a choice.  Sink or swim was the option and by god did I propel myself forward.  I would encourage everyone out there to do the same, especially women.  Standing on your own two feet, gaining your independence and making moves for yourself in your career, home life and all aspects of your life is so empowering.  Sure, it isn’t easy but you learn along the way.

When I first moved in, I found setting up some of the bills to be quite confusing, especially for things like electricity because in all honesty, I hadn’t paid an electric bill before so I didn’t know what any of the terminology meant or how to spot a good deal but I’ve learnt that online research, comparison websites, money saving forums and simply asking those on the other end of the phone at the electricity companies to be the best port of call.  Explaining that you’re new to it all and don’t understand really helped me to get others to put things into layman’s terms for me and two years on, I’m much better at getting the best deals and the plan thats right for me than I was before.

The important thing to remember is that these companies are always in competition with one another and are always changing their prices to match and beat their competitors and since you’ll be fixing yourself into a contract with a lot of your household bills from your mobile phone contract to your broadband, all you can really do is ensure that you get the best deal that’s right for you at the time that you’re needing it.  Whatever the other companies change their deals to after you’ve fixed in is none of your business until your renewal date comes around so do the leg work in advance then stop worrying about it until the time comes. 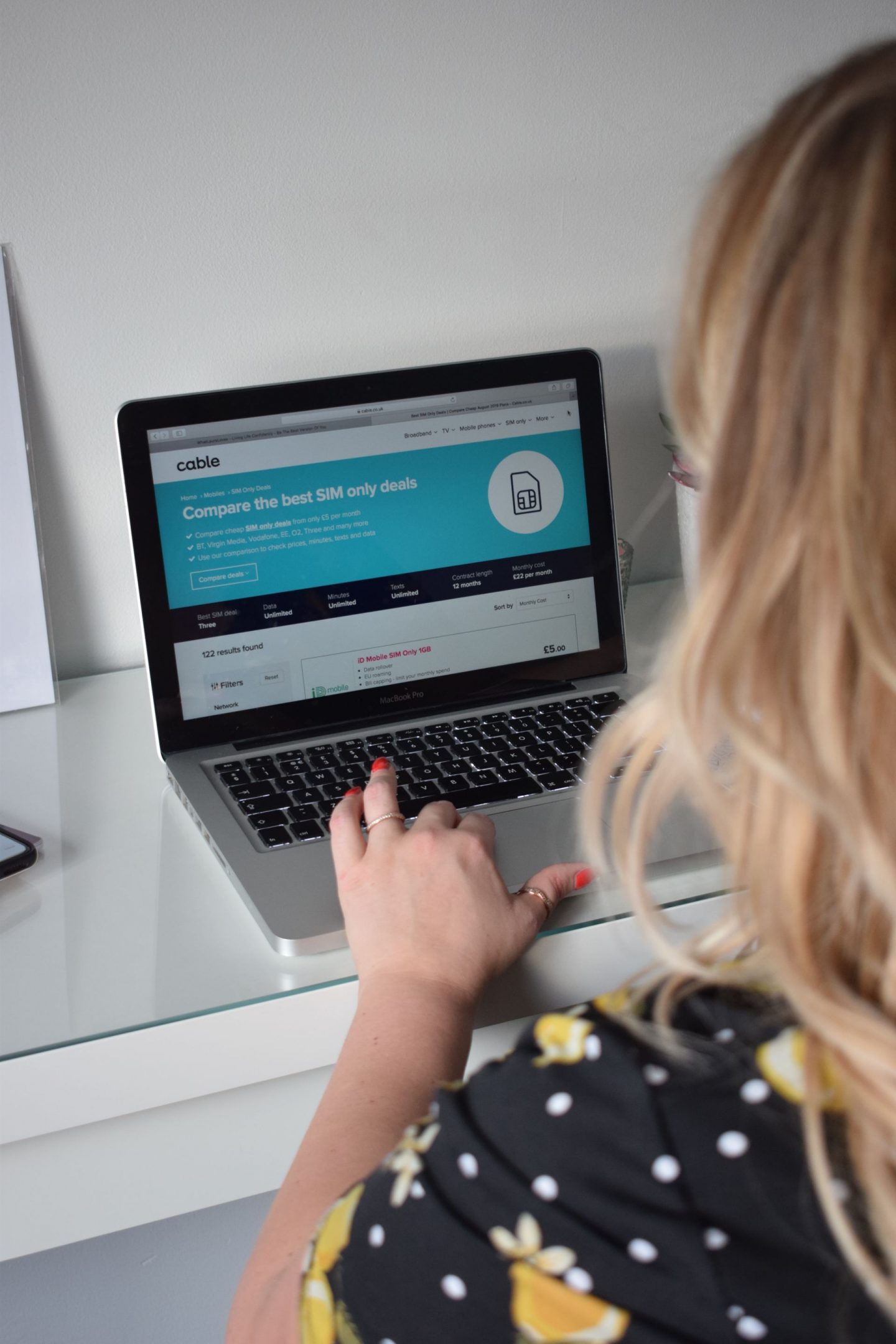 Price comparison websites are brilliant for helping you to get a good deal on a whole range of products and they can also end up inspiring you to change the course of how you spend your money.  This has certainly been the case for me when it comes to my mobile phone contract.

Without a doubt being on a contract has always been a better deal financially than Pay As You Go.  I remember the days of having to top up my phone and the whole process seems painfully archaic these days.  I’ve been on my own phone contract since the day I turned 18 and even before that, I had one in my Dad’s name.  I’ve tried many different networks over the years; Vodafone, Orange and EE to name but a few and I’ve always shopped around in stores and on the phone to see which company were offering the best deal, service and coverage.  Now that my job is all online, the service and 4G internet coverage are definitely my priority and I try to get the absolute best with what I can afford however going into store with all of the sales tactics can be a bit of a minefield and you can end up leaving feeling more confused than when you first went in, or tying yourself into a contract that you don’t actually want, if you’re not careful.

That’s were price comparison websites come in.  They compare the best deals across a range of household bills such as broadband, TV, home phone, mobile phone and sim only deals and enable you to filter your search results based on really helpful criteria such as network, brand and provider, minutes, texts and data, contract length, cost per month and additional fees such as set up costs and phone lines.  Its so important to get the best deal that you can because even if you could only be saving £10 on each of your bills, that quickly adds up and could equate to the cost of a little holiday, a new washing machine, the sports club membership you’ve been wanting for ages or the perfume you’ve been telling yourself that you cannot afford.  For me, I’m in the process of doing my dads home up so every penny counts and can go towards decorating the home.

When it came to changing my mobile at the beginning of this year, I really became switched onto the idea of buying my own phone and getting a sim only deal for my phone contract.  For a number of years now, I’ve been tied into a 24 month phone plan where I could trade in my existing phone and upgrade it after the first year.  The phone company would effectively write off the previous contract and start a new 24 month contract a fresh.  While this meant that I was able to always have the latest iPhone, which is an essential for me for work, I wasn’t always able to get the best value for money on the contract.  When the renewal came through this year, the cost was calculated at well over £100 a month and it just seemed extortionate when, yes the iPhone XS Max is a fantastic phone, my previous phone was still brilliant and in perfect condition and the actual phone package was going to be EXACTLY THE SAME.

That was when I then looked at sim only deals which is where you purchase your own phone, or keep your existing one after your current contract runs out, and then you pay for a phone deal that just gives you minutes, texts and data rather than the cost of the phone lumped in with it too.  They work out at such a low cost compared to paying for the phone as well and I found that I could get SO much more data than I currently do, which is already a lot, without having to pay more and more. 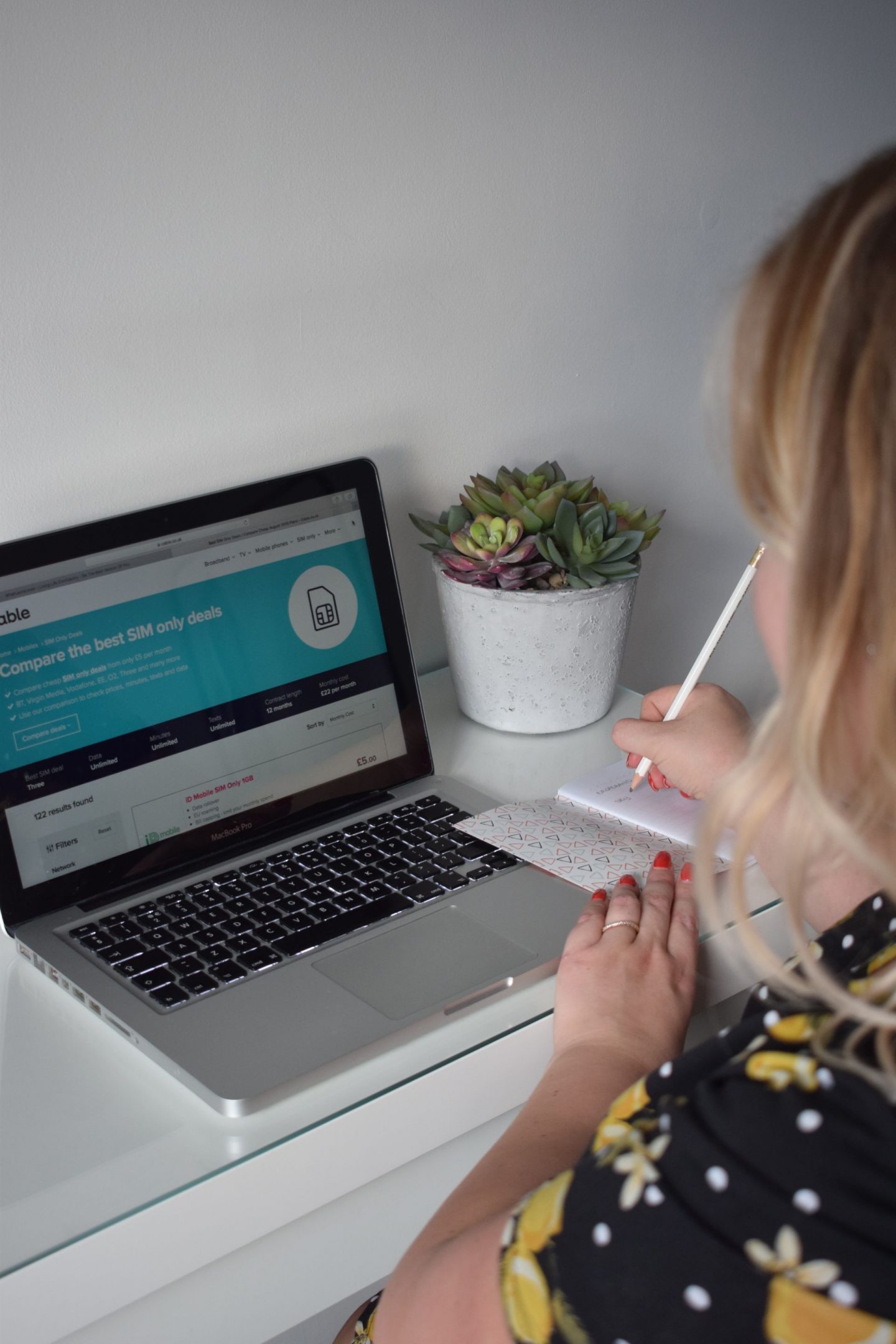 When I saw how incredible the sim only deals were, price and data wise, not just with my existing phone company but with so many others, I decided to keep my existing contract until it runs out at the beginning of next year and sell my old phone online.  I then bought my new iPhone on Very and have spread the cost interest free and when my existing 24 month contract runs out in 2020, I’ll be buying a SIM Only Deal that I have found online through the price comparison site and saving myself so much money.  The deal I’ve seen thats on there at the moment is for 80GB rather than the 20GB that I have now.  Since the WIFI isn’t very strong in all areas of my flat, this will be ideal as I can use the strong 4G in the areas of my home that I need to without worrying about how much data I’m using up.  It’ll also be awesome for tethering my laptop to my phone to use the data on there.  I cannot wait!  When it comes to getting a new phone, I’ll sell my existing one on and spread the cost on another which, when compared to paying for a phone contract vs buying the phone and paying it off monthly and getting a sim only deal for this year, will work out more affordable and give me more data!

Definitely give it a go if you’re looking to save on your bills and make your money go further.  Remember, price comparison websites are great for so many bills that you may pay each month and they’re a great way to see the whole market as a whole.  I’ve even checked them out for credit cards and savings accounts as well as car and home insurance.

What would you spend the money that you save on?  How often do you use price comparison websites?