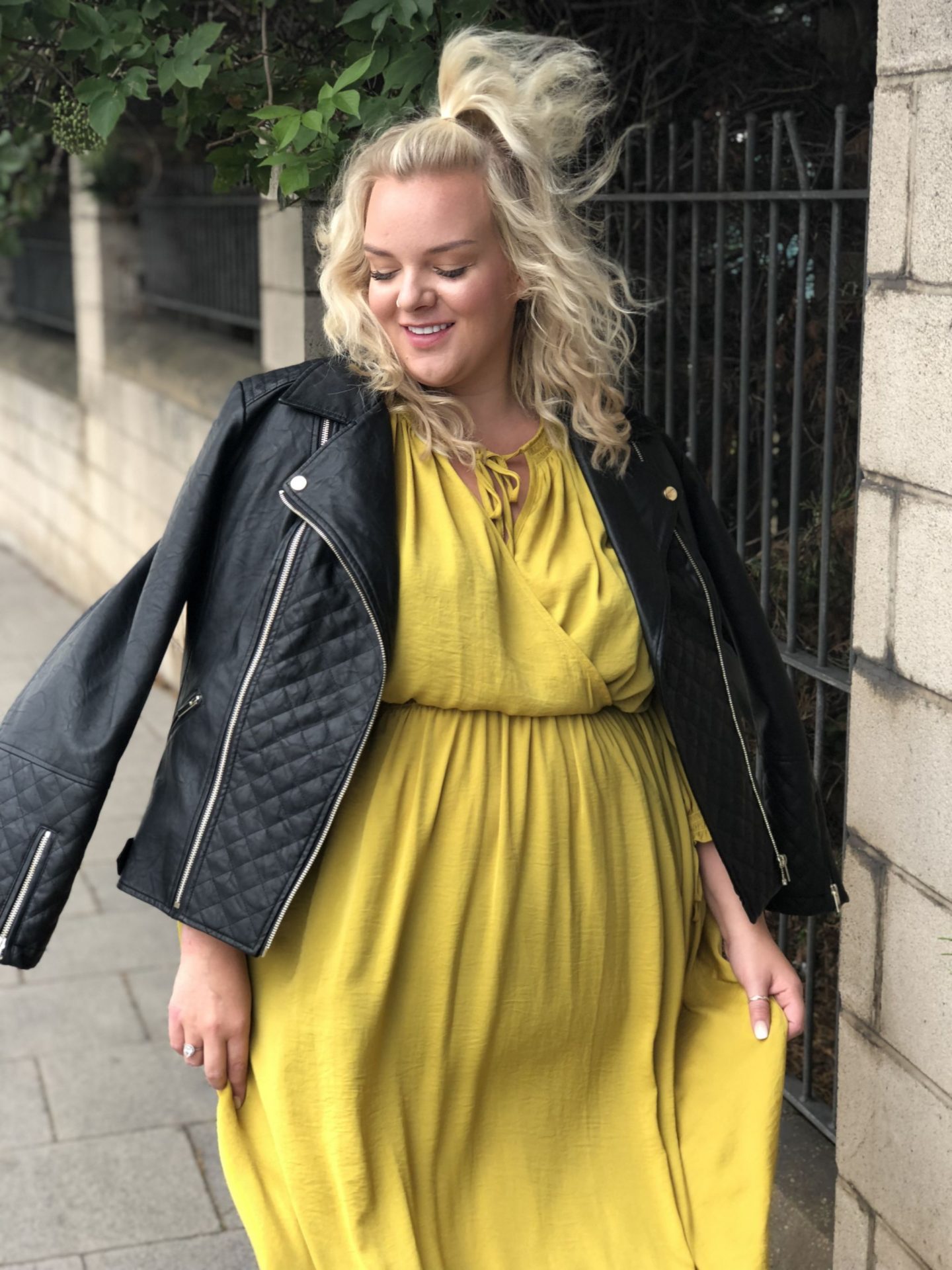 When was the last time you felt a bit of a fool?  A little silly?  or made an embarrassing mistake?

We all make mistakes from time to time, ranging from the little and insignificant to what can feel like the blundering and humiliating.  Most of the time, they’re just simple mistakes that we make absent-mindedly and it’s important to remember that no one is perfect.  We can all be a bit clumsy or absent minded from time to time and thats normal as if we were always 100% aware of what we were doing all of the time, we would be absolutely exhausted by the end of each day.  I bet that even the smartest person in Mensa has forgotten where they’ve put their mobile phone before.  It happens to us all… and I bet it was right in front of them the whole time because that happens to us all too!

Sometimes mistakes can prevent us from moving forward, or need to be taken care of before they can be forgotten.  I’m looking at some of those typical scenarios in todays post and the solutions and positive attitudes that can help to ease them when they happen. 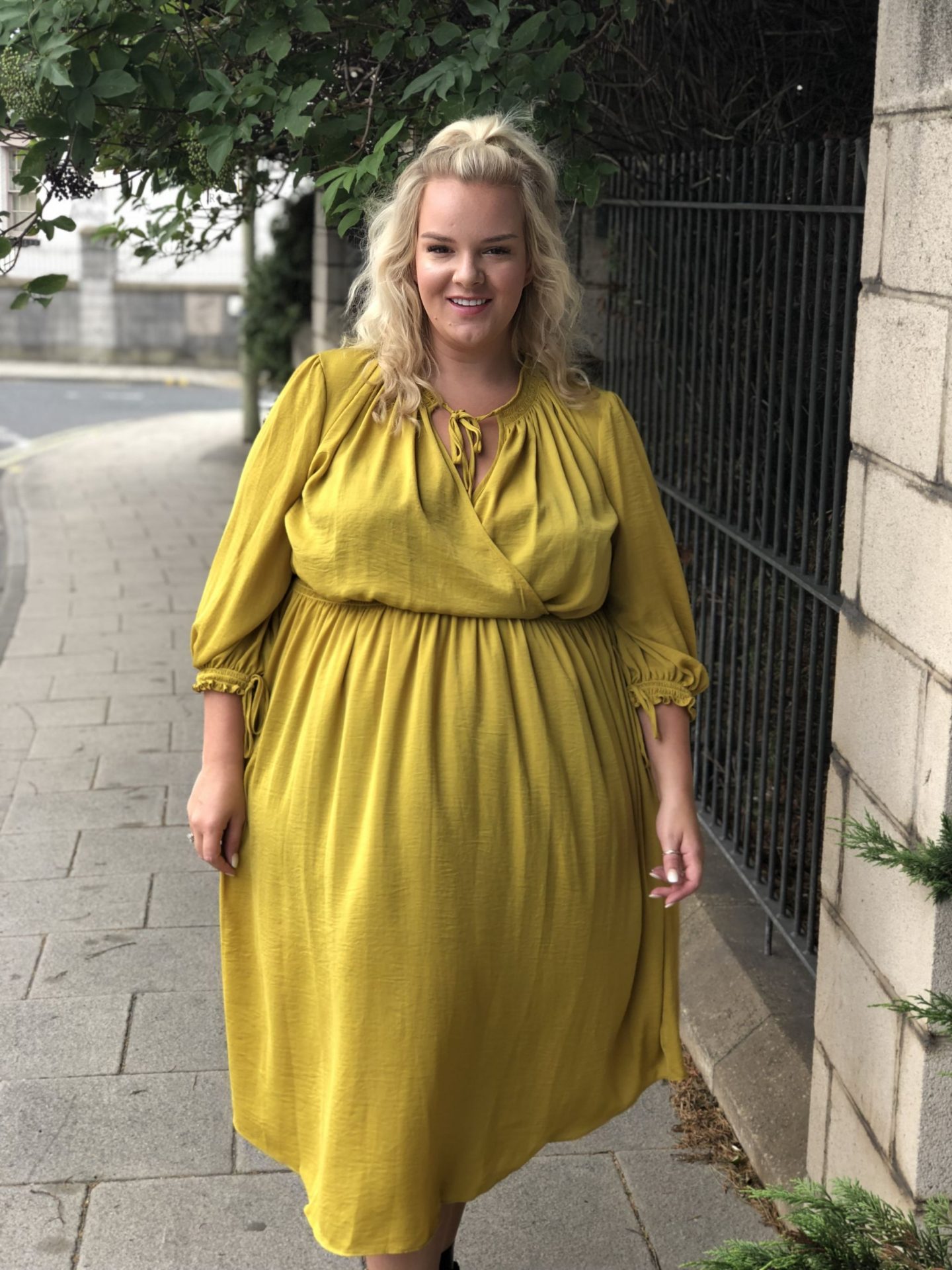 YOU’VE LOCKED YOURSELF OUT

Let me start with the one that’s happened to my friend most recently; locking yourself out.  This is one of the most frustrating scenarios and sometimes, it might happen without you even realising. In my friends case, she’d gone out to uni, her boyfriend had gone to work and she returned home from uni to find she’d left her keys inside the house that morning.  Thankfully, we have a spare set of keys to each others houses so she rang me and I had to drive all the way from Newcastle to Sunderland to rescue her!

There’s so many chances to lock yourself out if you’re not careful with your keys isn’t there?  You might have lost your keys, left them in your car that’s just auto-locked behind you or perhaps you left them on the commute home from work; things like this happen all of the time.  In fact, I bet that right now, someone, somewhere is pacing up and down outside their home, effing and blinding while they consider which window of their own property to squeeze themselves through.  FYI, don’t do this, it’s dangerous.  Instead, keep the number of an emergency Locksmith close to hand; they’ll have seen and heard it all before so let them sort it out for you! 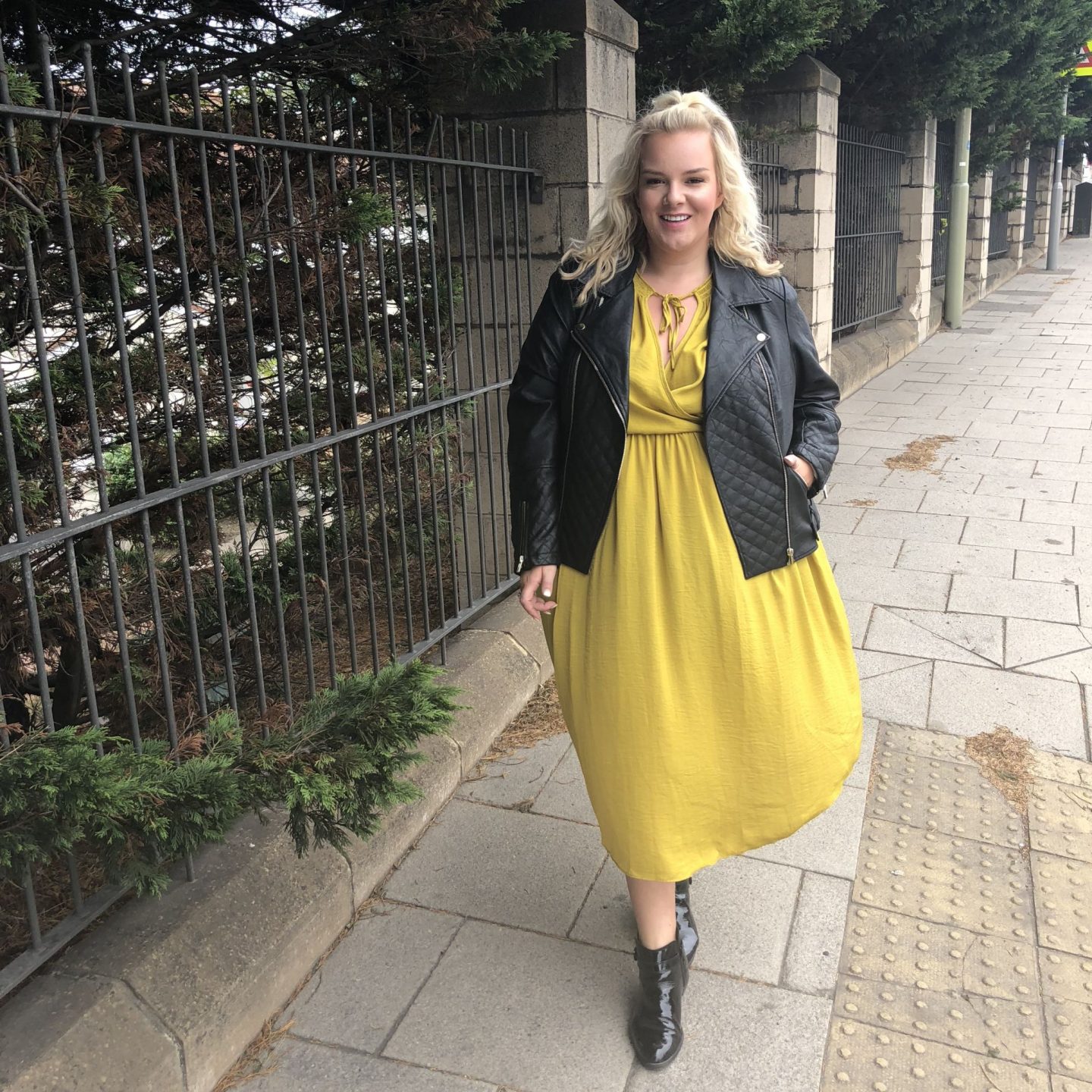 YOUR DRESS HAS BLOWN UP

When you live in a windy place, its bound to happen one day.  I’ve flashed people tomorrows washing before completely by accident because of the delightful mother nature and sure its a bit embarrassing at the time but just brush it off, its not like its nothing we haven’t seen before is it?  It happens to the best of us!

We’re not even a full month into the new year, and you can bet millions of people worldwide have already broken the resolutions they made, especially around healthy eating, Veganuary and Dry January.  That’s why I don’t make resolutions as I don’t believe that they work but let’s say you did set yourself a goal and it hasn’t worked.  So what?  No bother.  Why are you beating yourself up about it?  You’re not a failure.  Sometimes, rules are made to be broken and the chances are, the resolutions you’d set yourself in the first place weren’t realistic or what you really wanted to achieve.  You don’t need rules in order to live and enjoy your life, simply start doing things for you rather than feeling restricted and confined and I think you’ll find yourself far happier than if you’re forcing yourself into something that you really don’t want to do.  When I started going to the gym because I love my body, not because I hate it, everything changed for me and it’s made the world of difference to me.

So, let’s just say that you’ve been doing well so far, making progress towards whatever goal you’ve set yourself; for example, Veganuary where you don’t consume meat products in January.  Are you going to chuck it all away because you’ve had a minor blip?  A little slip up or made a silly mistake?  Don’t be daft.  I know that a slip up can often make you feel worthless and lead you into throwing the towel in and in this case binging on all of the meaty food in sight but if Veganuary is important to you and it is something that you really want to do, then draw a line under it and move forward.  Don’t let the mistake define you.  Instead, look for a tasty vegan recipe, buy the healthy ingredients during your shop this week and set up more of a flexible plan that’s going to work for you.  Take each day as it comes and remember why you started.  I eat a lot of vegan food with being dairy free but I couldn’t give up meat as I enjoy it and there’s nothing wrong with that.  If you’re someone who loves the idea of vegan meals but enjoys meat too much, why not switch up your goal by aiming to have 2 out of 3 meals as vegan each day? 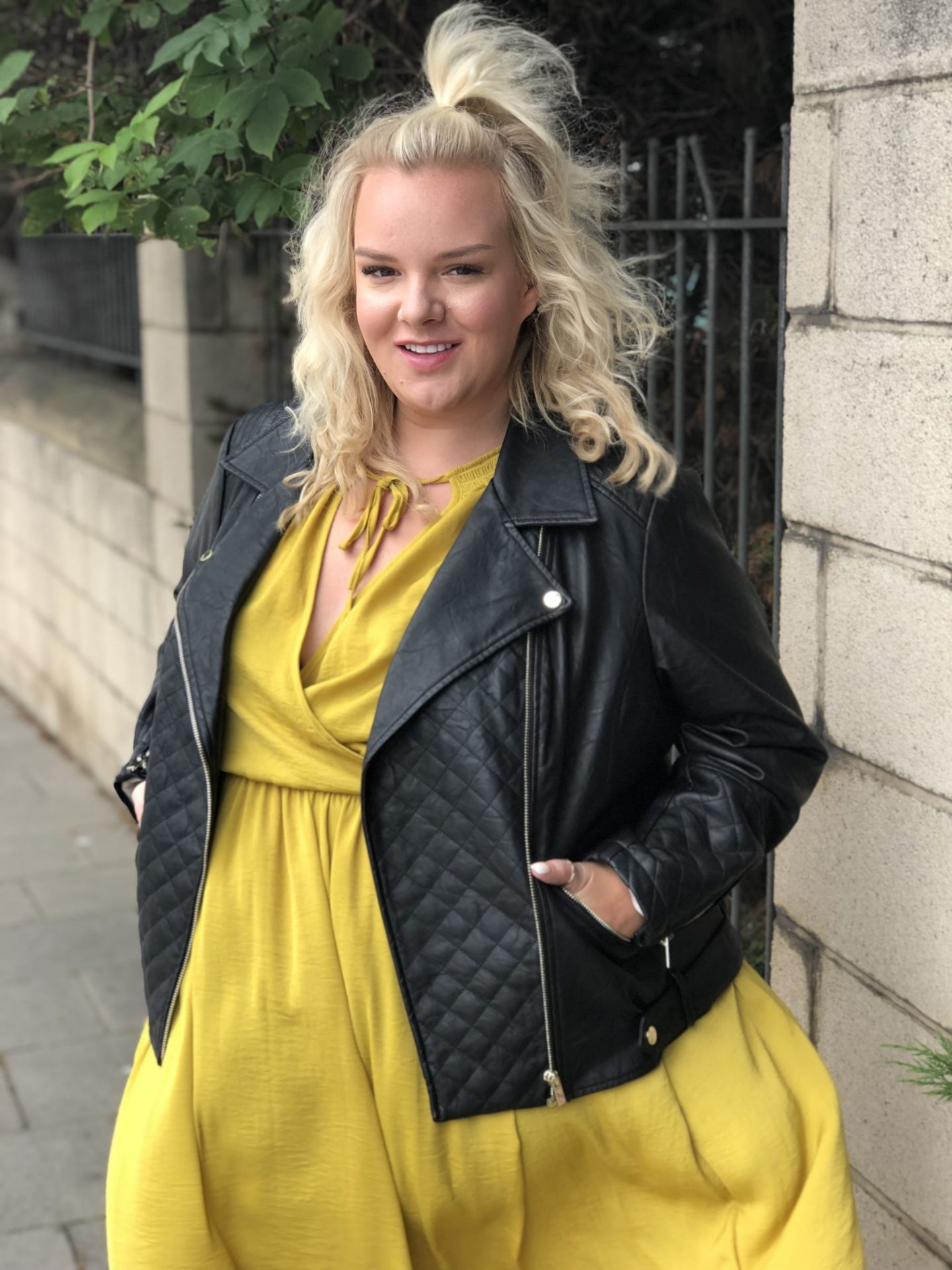 YOU SAID SOMETHING EMBARRASSING

Have you ever said ‘You Too!’ with a smile after someone politely tells you to enjoy the film you’ve just purchased a ticket for at the cinema, or after someone wishes you happy birthday?  If so, you’ve likely felt the yawning expanse of a near existential crisis when you realise every social decision you’ve made in your life led to that strange, bumbling moment.  LOL, a little farfetched ok, but I’m sure at some point one of you have done this yourself, I know I have and the only solution here is to learn to laugh at yourself.  So what if you’ve said the wrong thing, it’s no big deal.  Taking yourself too seriously can often lead to a range of personal worries like this, even when there is no awkwardness to be found.  We’ve all done it, so learn to laugh it off and move on.

We’ve all made little mistakes like these in our lives and I know that they might feel really embarrassing at the time but there’s no need to feel like a fool.  Treat yourself with the kindness you’d show others, laugh at yourself and know that you’re not the only person to have ever had a silly moment before and you’ll not be the last.

In 2018 I took myself far less seriously than ever before and that’s something that I’m definitely building on moving forward for the rest of my life.  I always say it but my life really began when I stopped caring about what other people thought about me and that includes what they think about the little mistakes I’ve made or may make.

When was the last time you made a silly or clumsy mistake?

If you love my outfit from this post, I bought it from this website and I got the volume in my hair using a styling wand and one of my favourite hair products which I reviewed in this post.