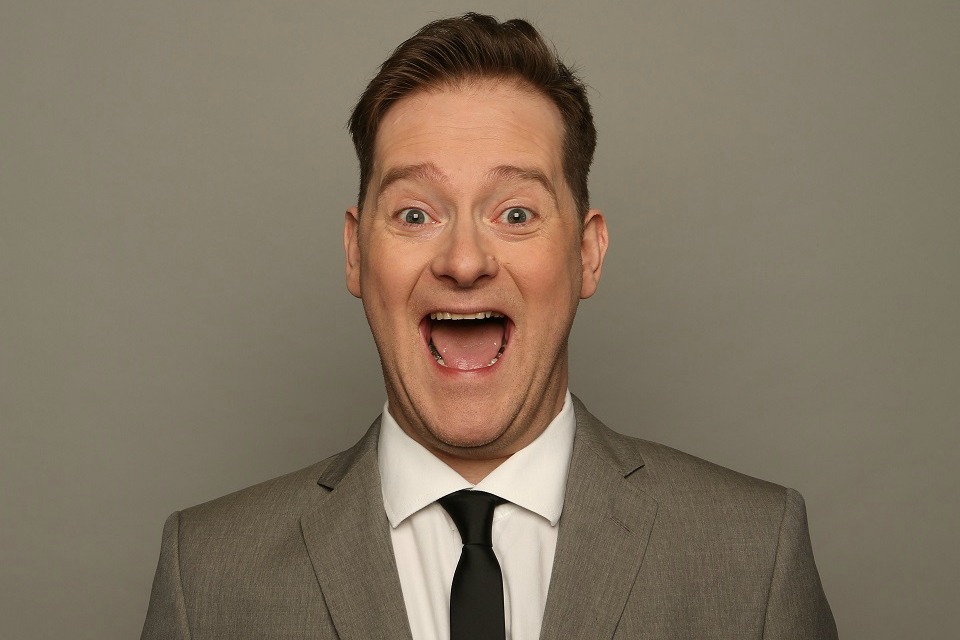 What better way to spend New Years Eve than by laughing your socks off at The Customs House?!  This year, I kicked off the New Year with Jason Cook’s Comedy Club and South Shields own, Chris Ramsey for a one-off comedy gig.

If you’ve been reading my blog for a while then you’ll know that I’ve been going to The Customs House for the comedy club for a long time now; I first talked about it in this blog post, but the New Year’s Eve show is a special once.  It is quickly becoming a yearly tradition for my partner and I to attend as in both 2017 and 2018, we headed there for the comedy show that’s put on by comedian and writer, Jason Cook and I have no doubt that should tickets go on sale for 2019, then we’ll be snapping them up again.

The NYE before last night, it was along the theme of the Jason Cook’s Comedy Club gigs that are held monthly at The Customs House in South Shields, along with the South Tyneside Comedy Festival.  However last night saw Cook and Chris Ramsey double up for Titting Around which shone the comedy duo in perhaps the Sand Dancers most favourite light; unscripted, unplanned and no holds barred.

You’re always guaranteed a good laugh with these two but last night was something else and there was an amazing buzz in the air during the interval.  The crowd, as always were loving it and the addition of DJ Hopper playing a great mix of tunes in The Green Room bar kept the spirits up while queuing for a drink.  Everyone was on top form at The Customs House last night from the staff to the acts themselves and it was awesome to see.  Despite such a busy Christmas period with countless pantomime shows, the service was top notch. 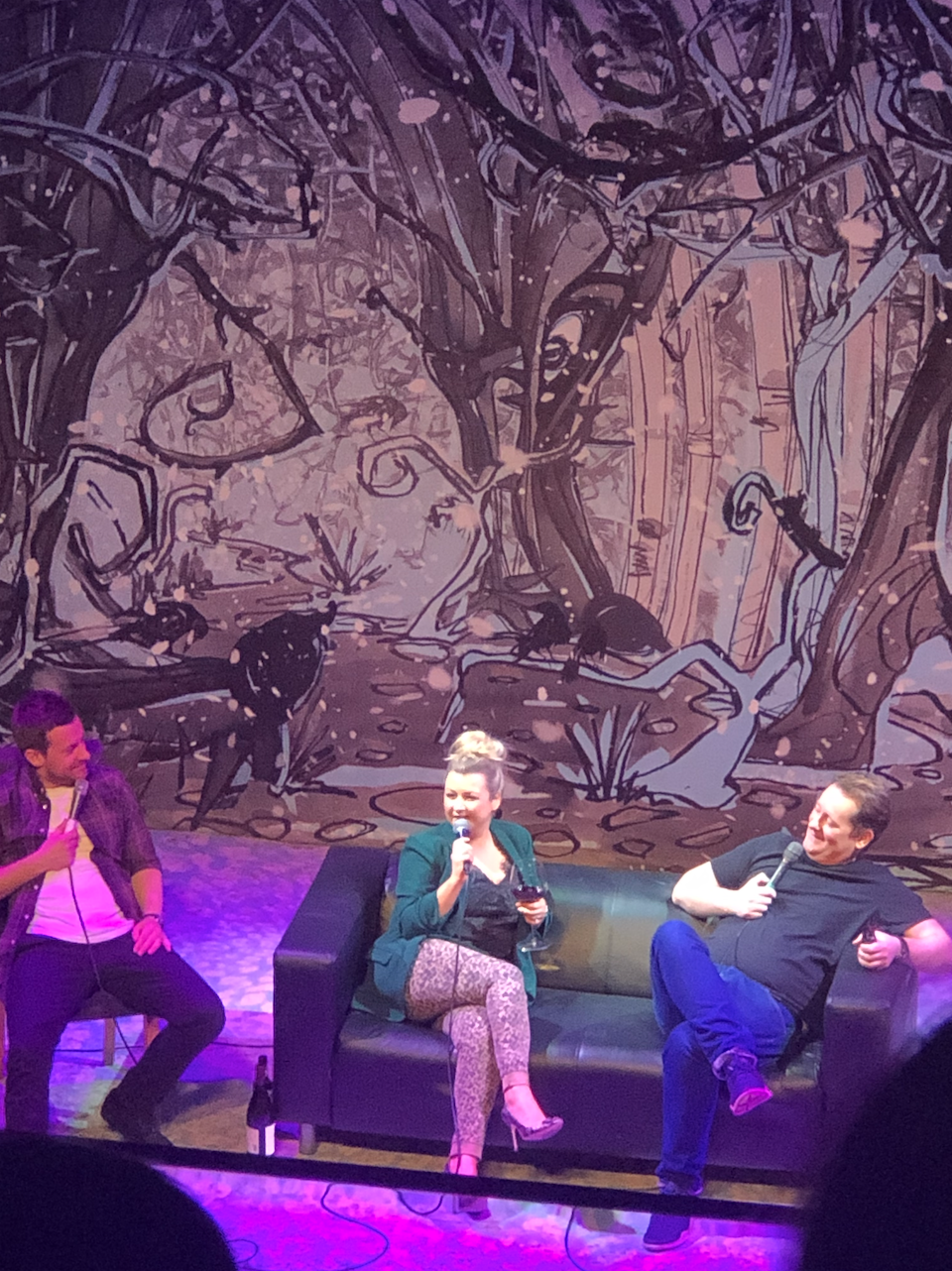 The second half was only made better with Chris’ wife,  Rosie Ramsey and her piss-taking alter ego Rosie Mamsey, joining the pair for more jokes and a sing a long at the end.  If you follow me on Instagram then you might have seen everyone join together for a slightly drunken version of Auld Lang Syne.

The show ended not long after 10, leaving plenty of time for another drink in The Green Room before heading home for a party tea and some drinks to see the New Year in with Jools Holland on the box.  I say party tea, the only picky food I chucked into the mix was what I thought were coconut prawns, which led to a great disappointment when it came to eating them as I discovered they were hot and spicy.  A far cry from the tropical affair I’d been looking forward to.  Still, that’ll teach me not to take everything out of the box to save space in the freezer again.

Father John Boy saved the day with hoisin belly pork and BBQ ribs; absolute legend, cooked from scratch and I’m pleased to say that the weeks of having to listen to him going on about how he was going to cook them were worth it when it came to eventually eating them.

A great night was had by all once again.  It’s becoming quite the tradition going to the comedy at New Year, as I’ve said, and if you can start and end the year laughing, I think you’re setting yourself up for a good 12 months. 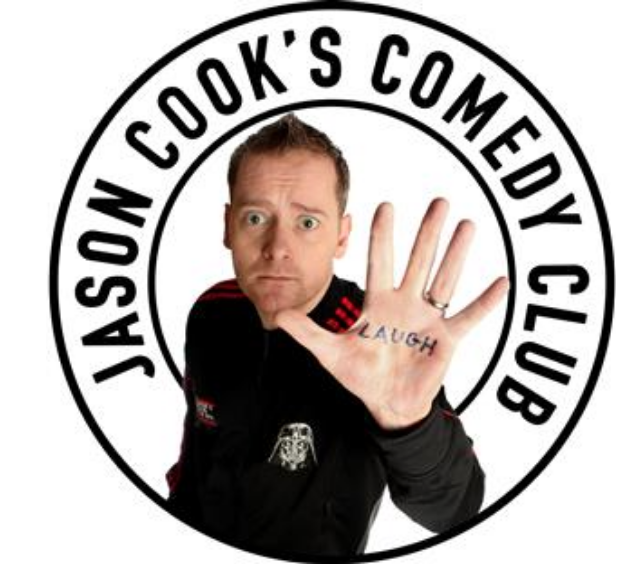 Jason Cook’s Comedy Club gigs are incredibly popular, in fact, they’ve just surpassed 10,000 ticket sales since they first launched 3 years ago!  I’d highly recommend buying tickets to the next gig to see what all the fuss is about.

In February, Cook is bringing not one but two nights of comedy to the South Tyneside venue on 1st and 2nd of the month.  It’s the same comics each night but since these events sell out each time, it’s giving you twice the chance to grab tickets to such a sought after night of entertainment.  They’re available to buy here.

At just over a tenner a ticket, you can’t say fairer than that when you’re getting the hilarious Canadian comedian Phil Nichol and the BBC New Comedy Award Winning comedian Angela Barnes who had me in stitches laughing at her Fringe show last summer, as well as Jason Cook’s hilarious self and swing singer, Glen Roughead, who will be known to many that have attended previous shows.

I have my tickets already, in fact, I have them for March, April, May and June too, as well as tickets for the Cook & Hutchinson Have Literally No Plans Whatsoever gig in July which will be part of the South Tyneside Comedy Festival; the number one event in any comedy lovers calendar in the North East as it gives you a chance to see some of the top names preview their shows on their way up to the Fringe.

For those of you who are here for the fashion, then you’ll be pleased to know that I took a snap of my outfit.

You can shop it all here: Faux Fur Gilet #WhatLauraLovesXCurvissa / Dress / Leggings / Boots

I’d love to know who some of your favourite comedians are in the comments below, especially the up and coming ones that I need to look out for!