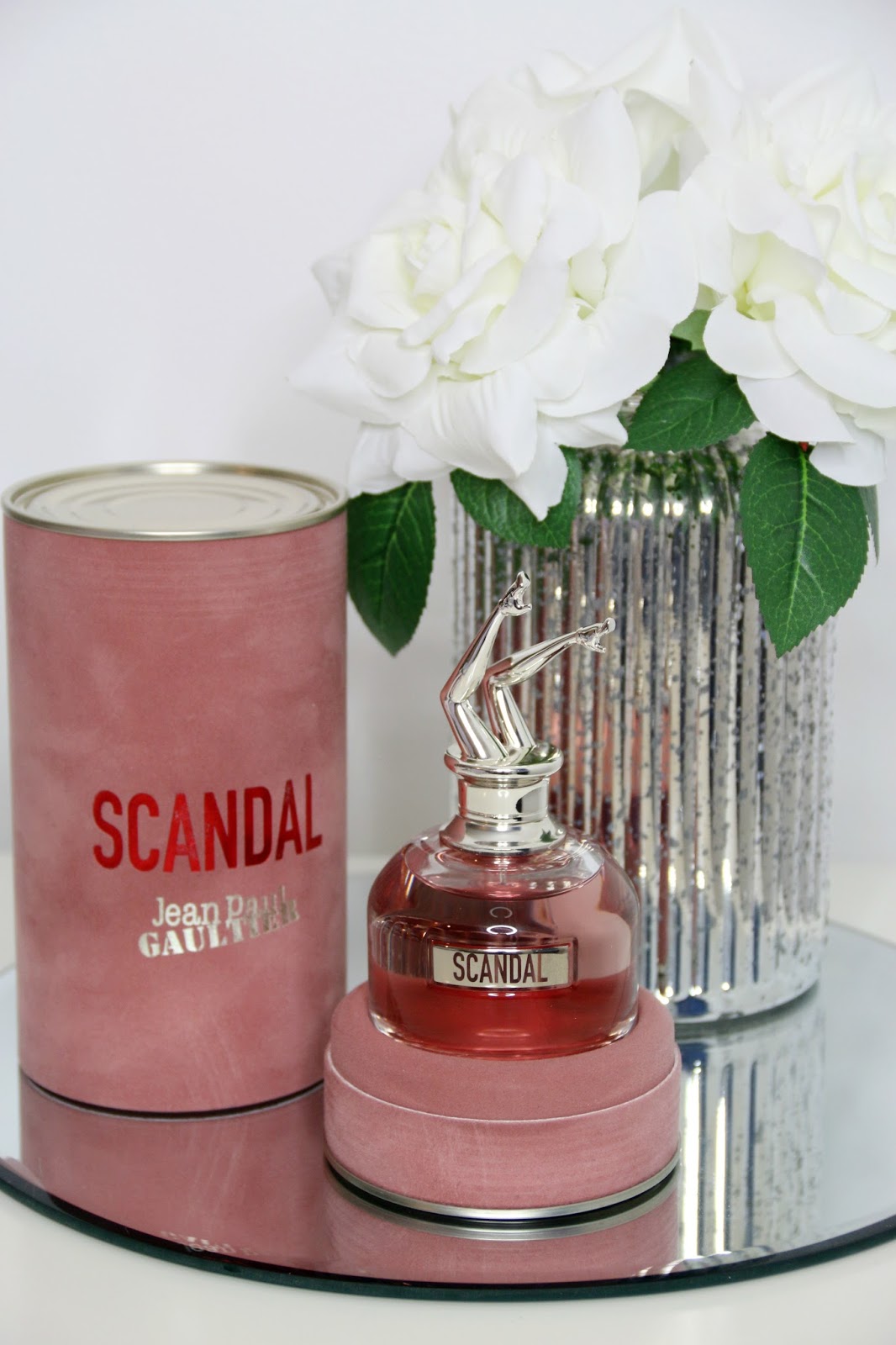 Jean Paul Gaultier have released their brand new fragrance for 2017, Scandal.  Everything from the concept behind the fragrance to the bottle and most importantly, the scent, makes this a sparkling release that’s got me feeling really excited… especially as the Christmas gift set is absolutely beautiful too! 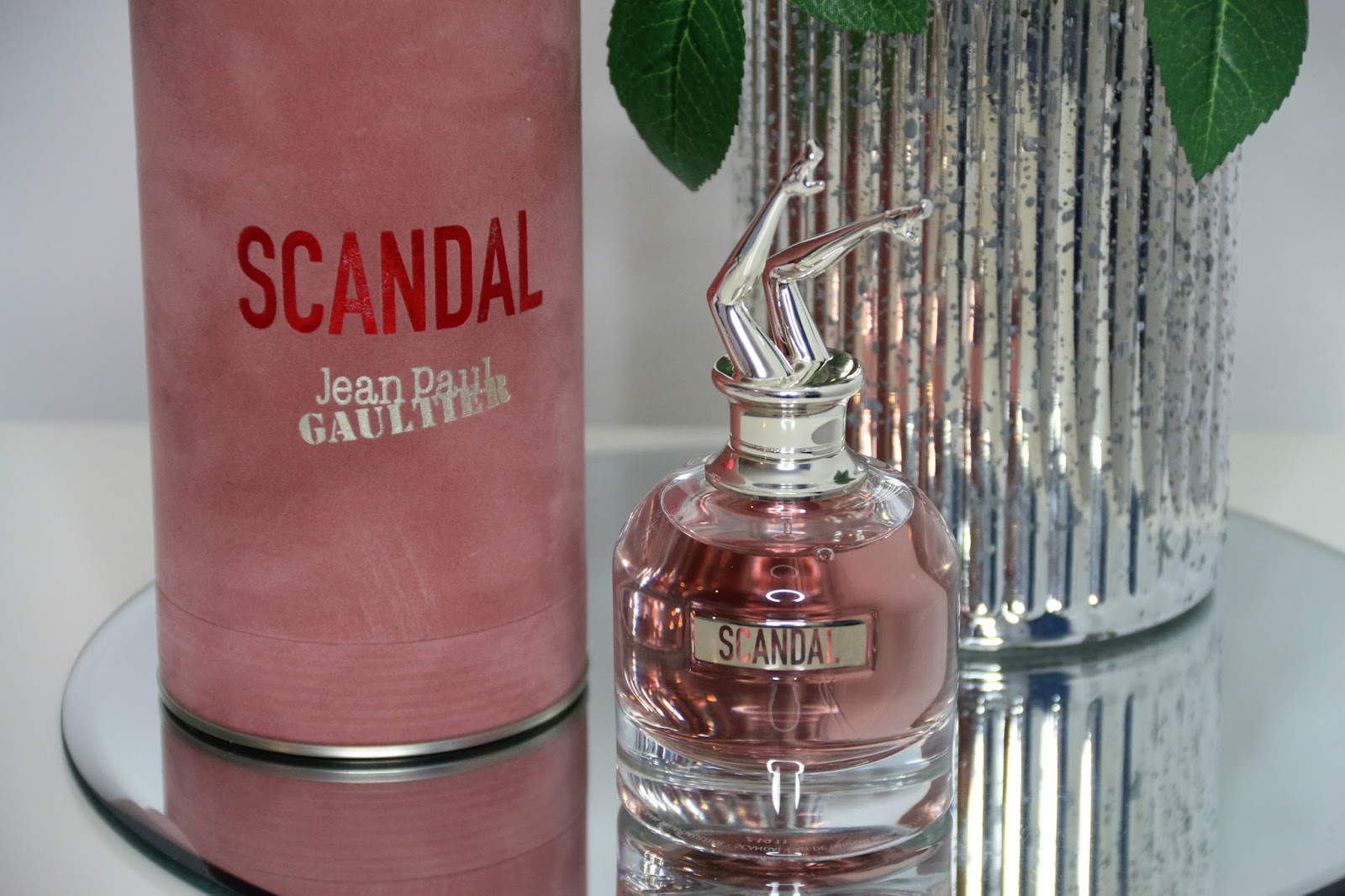 Scandal is the fragrance of and for a woman who is free and strong, quite like myself!  It very much encompasses JPG as a brand and the designer who started it all himself.

Jean Paul Gaultier is someone who pushes boundaries, confidently disrupts the everyday and isn’t afraid to stand strong, alone.  He’s the designer who rejected the confines of gender by dressing men in skirts, sent plus sized models down the runway at Fashion Week and cast men and women from the streets on the catwalk.  Not forgetting, he’s the man who famously gave Madonna the supersonic-conic breasts.  As someone who always found the politically correct tedious, he became the king of Scandal and it is this free living spirit that inspired the new fragrance. 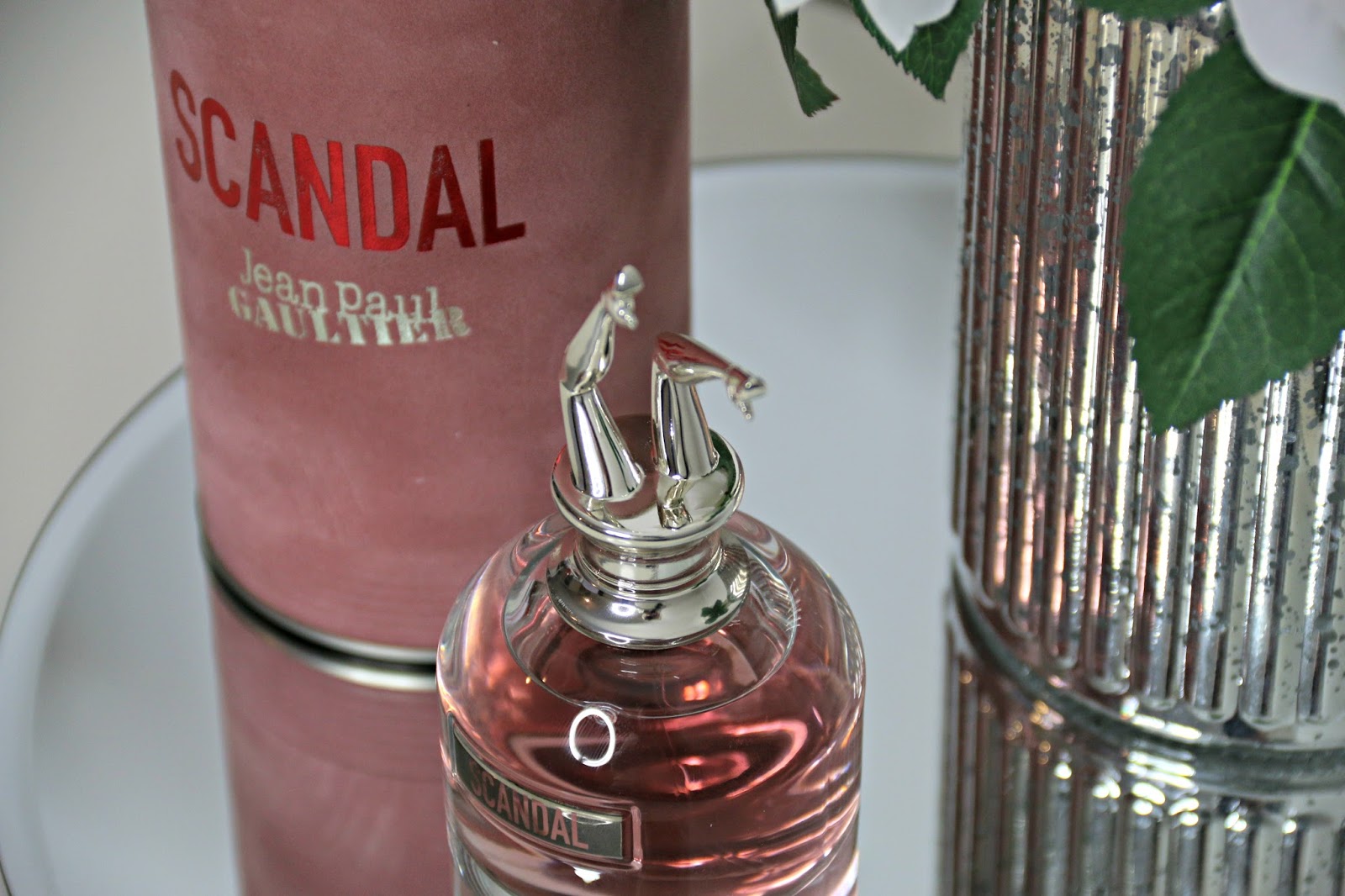 Scandal is a fragrance about life; a woody scent that embodies day and night, dreamt up by top perfumer Daphne Bugey along with Fabrice Pelegrín and Christophe Raynaud.  It is very sweet but in a grown up way rather than a sickly, teen perfume.  When wearing it during the day, it is a gourmand fragrance combining fresh honey with a floral heart of gardenia and a sparkling hook of blood orange and at night, it is a sensual and seductive honey that’s blended with a woody patchouli base.

This is the kind of fragrance that you could wear at anytime; it all comes down to your own preference.  For me, I like to wear this one during the day and I’d opt for more of the JPG Classique for the evening as it is heavier, sexier and stronger.  That being said, Scandal is still strong in that it is a long lasting, eau de parfum.

Scandal is a really fun approach to fragrance compared to Classique and one that I think will appeal to a wider female audience.  It is a totally different take on perfume so if you’ve not been a fan of JPG fragrances in the past, I’d highly suggest giving it a go.  For me, though… well, I’ve always loved JPG perfumes and have been wearing them since my teens! 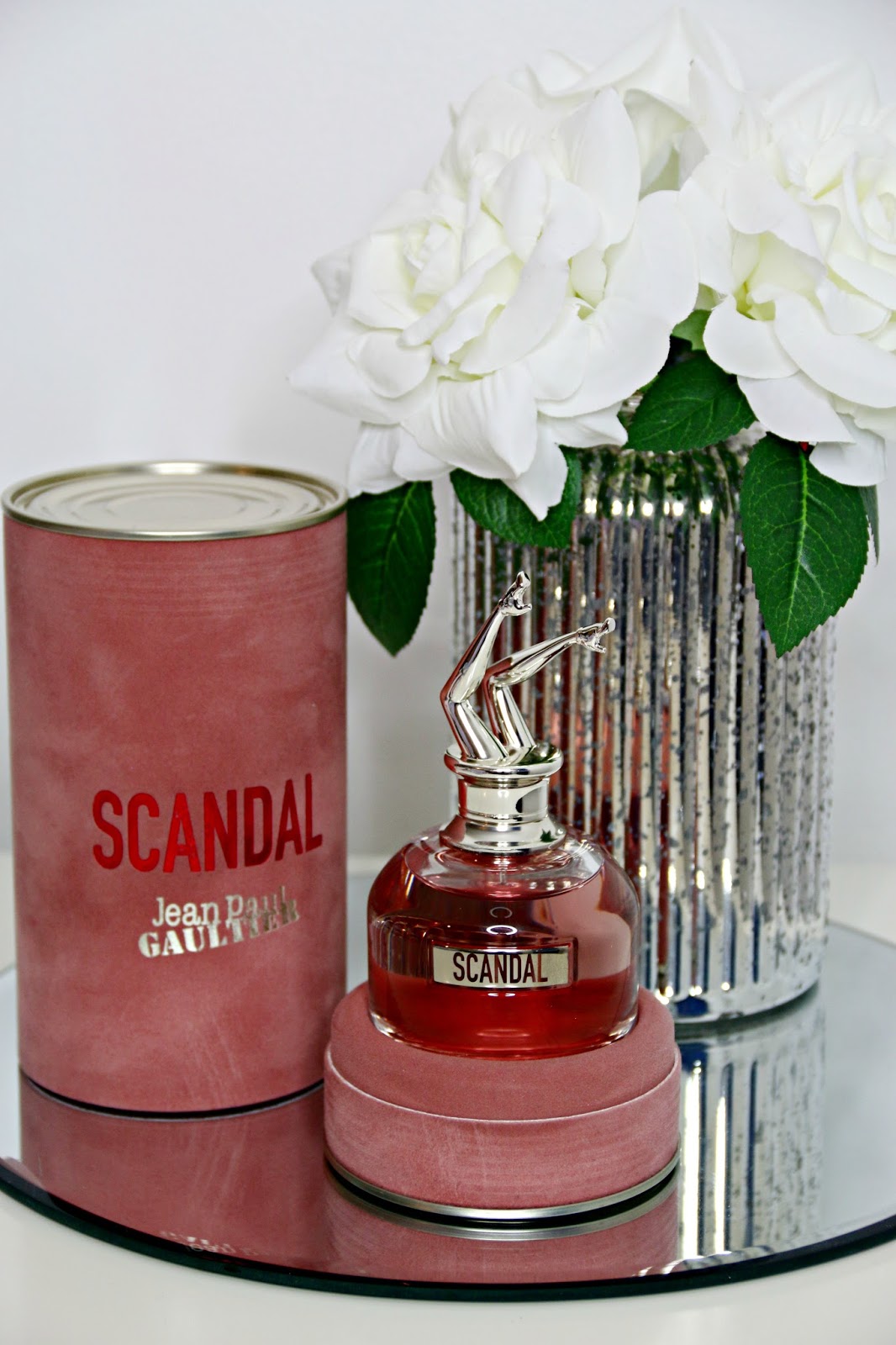 As you’d expect from JPG fragrances, the packaging of Scandal is stunning.  Even the outer packaging is gorgeous; they’ve kept the signature can style but given it a dusky pink colour change, with a fuzzy texture that’s just like a suede or velvet. However the bottle itself is what sets Scandal apart from the other Jean Paul Gaultier fragrances.

Forget the corset dressed torso bottle that you’d usually associate with the perfume house, sexy legs are taking centre stage with this bottle.  Reminiscent of the endless fun of Paris by night, Scandal’s bottle is flirty, sexy and dressing table ready.  The notion behind it is the powerful Madam Minister, a woman who spends her days consumed by her serious career with her head buried in confidential files, while at night, she creates her own classified, private files.  However her ultimate example of a work-life balance was thrown off course when the paparazzi snapped a photo of her, flooding the social networks online and therefore creating a scandal!

What a fabulous story behind a bottle design; surely this could only come from Jean Paul Gaultier! 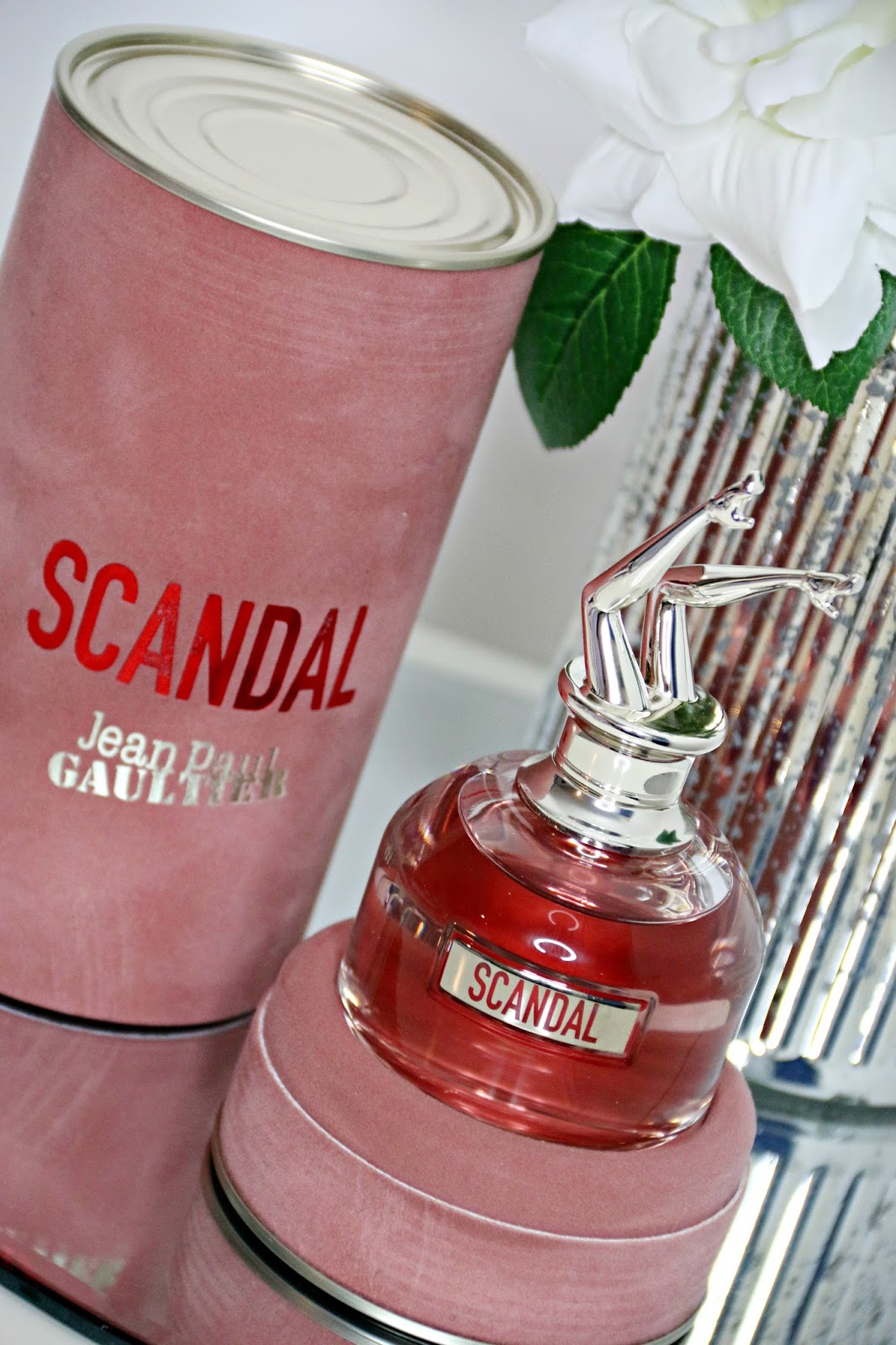 Scandal is available in a 30ml, 50ml and 80ml bottle nationwide, as well as in a gift set, making it the perfect Christmas gift.  I think this fragrance will appeal to daughters and mothers alike from the packaging design through to the scent itself.

You can find out what others are saying about the new fragrance and join in the conversation online yourself @JPGaultierOfficial with #BeScandal!

What do you love about this perfume?  Do you have a favourite Jean Paul Gaultier fragrance?