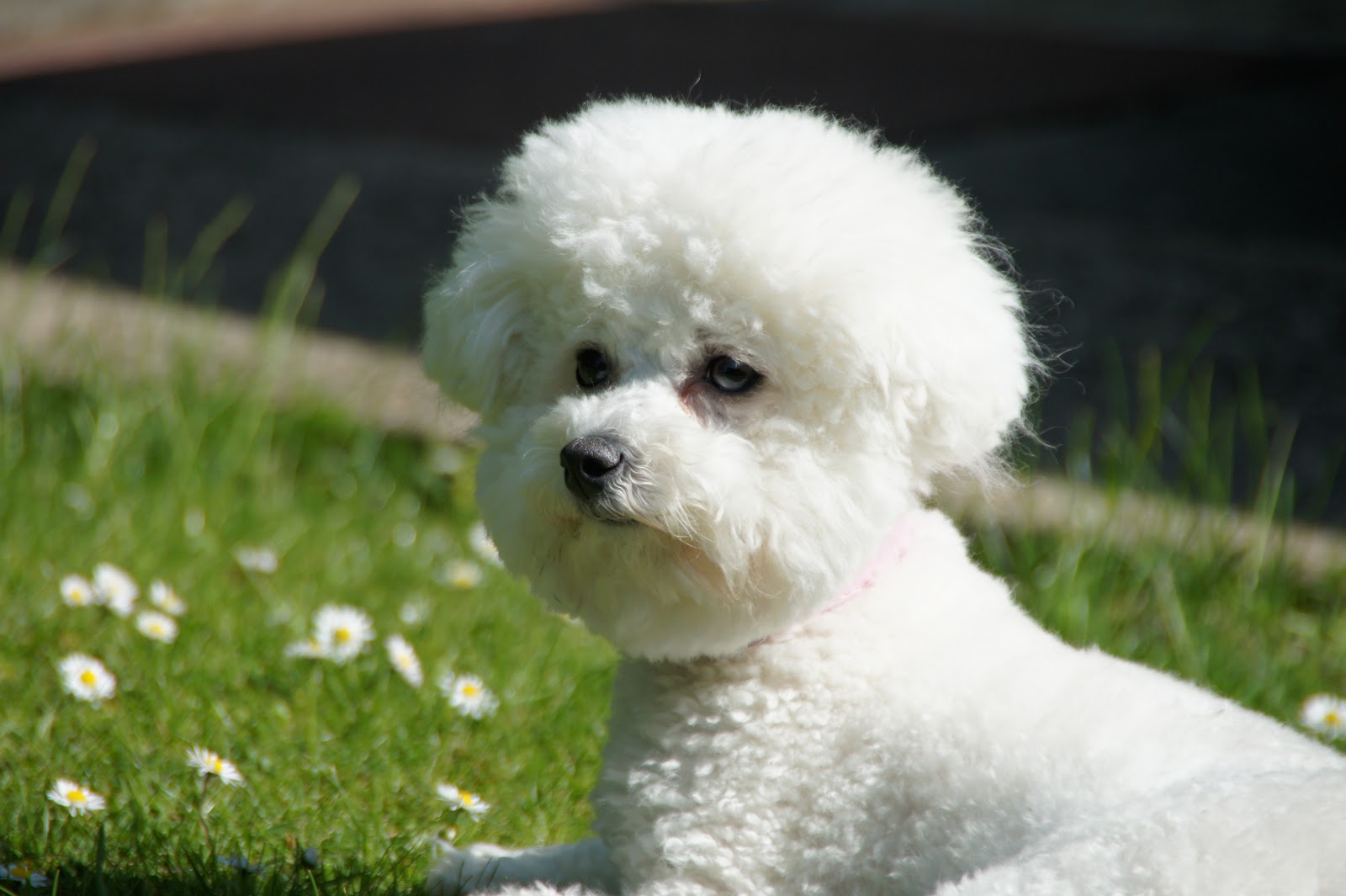 Ever since my parents first brought me home from the hospital as a newborn, I have had a fury best friend.  People often say that you’re either a dog person or a cat person and for me and my family, we’re definitely canine lovers which is a good job as I’m allergic to cats!

Back then, we had two labradors called Banner and Bracken who were both named after locations in the Lake District.  My dad used to volunteer as a mountain rescuer before I was born and the dogs would accompany him on many walks over the fells.  Banner was a gorgeous yellow lab with a fearless nature who once smashed straight through the front room bay window to greet my dad coming down the path and thankfully, despite being covered in claret, got away with only a tiny cut.  Bracken, the most beautiful black lab you’d ever see, was as loving as Banner but far more mischievous and would have even the most anti-dog person laughing at her antics.

It can be daunting bringing a newborn home when you have dogs but my parents have always said that it was as though the labs knew there was precious cargo on board and would stand guard by my crib, gazing lovingly at me as a little bundle inside.  I love how dogs, especially labradors are so loving and protective of their owners; they really were my dads besties and it broke his heart when they were no longer with us. 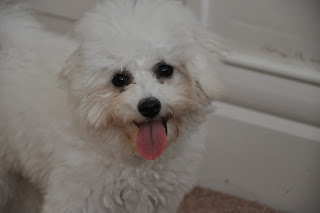 By the time I reached infant school, I had a new friend to play with.  A blue roan cocker spaniel called Tess.  She was my first experience of having a puppy and she was bundles of fun.  I remember having a pair of pink hippopotamus slippers and she’d chase me around the living room trying to bite them!

Tess was with me through all of my adventures as a kid; splashing in the river at Hamsterley Forest, playing in the sand down Seaburn beach and making friends with the farm animals at the Wolsingham Show.  From the moment she was fully inoculated, she came everywhere with us and was always a good sport; she even used to let me dress her up with a cap, sunglasses and one of my t shirts, long before any of the designer doggy clothing came into fashion!

Tess had the most long and fulfilled life of any dog I’ve known so although it was incredibly sad when she passed away, especially since she had been such a large part of my life right up until my college years, the pain was easier knowing she’d had a life filled with love.

Dogs are animals that love you unconditionally and they deserve that too.

It was a number of years later before I brought home the dog that I have now; a bichon frise called Daisy May, who couldn’t be a more perfect example of the breed standard if she tried from appearance through to temperament.

We bought her from a champion breeder in Derby and I remember the excitement of the day that we went to get her like it was yesterday.  We drove for hours down the country with all of our puppy supplies in the car.  If I’m anything like I was when we got Daisy when I eventually have a child, I’m going to have to get a bigger house to store everything in!

From the moment I saw her, I knew she had to come home with us; she fitted into our family so perfectly.  Happy, playful, loyal and incredibly loving, not to mention a great little guard dog for the house that I lived in at the time.  We’d not long had our garage broken into and since I was living on my own a lot through the week and very shaken up, it pushed us over the edge to make our mind up on welcoming another dog into our family. 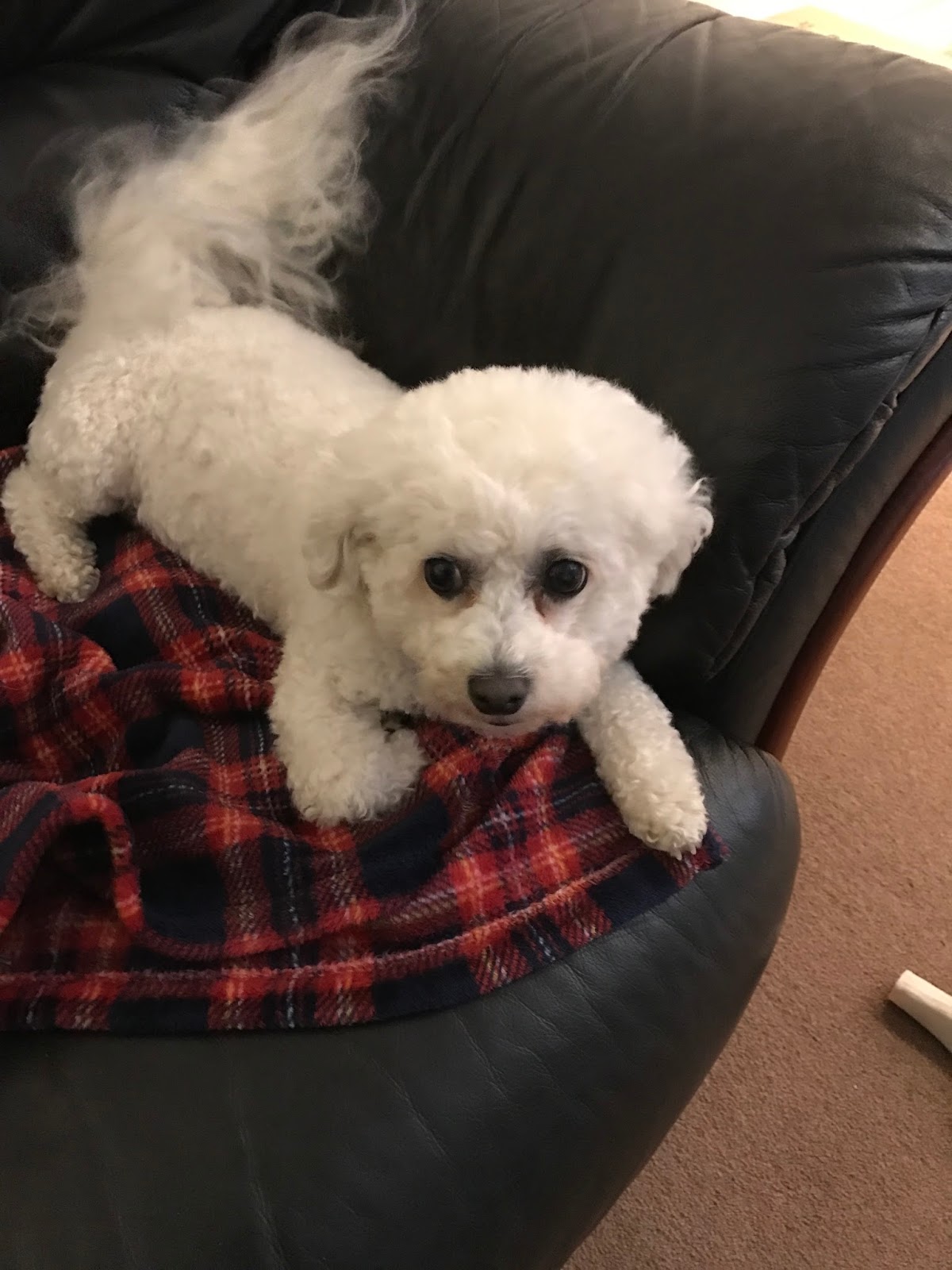 Daisy May was and has always been the company that I needed and the bark of protection to reassure me whenever theres a strange noise outside, at least she was once she found her voice.  When we first brought her home she was so quiet and would stay snuggled up in her bed for hours.  As she became more confident and found her bark, nothing would stop her.  She’d run around the house like a little white tornado and had a penchant for my underwear and Spongebob Square Pants pyjamas which was cute the first twenty times she did it but when she dropped a pink thong at the postman’s feet, I could have wished for the ground to swallow me up! 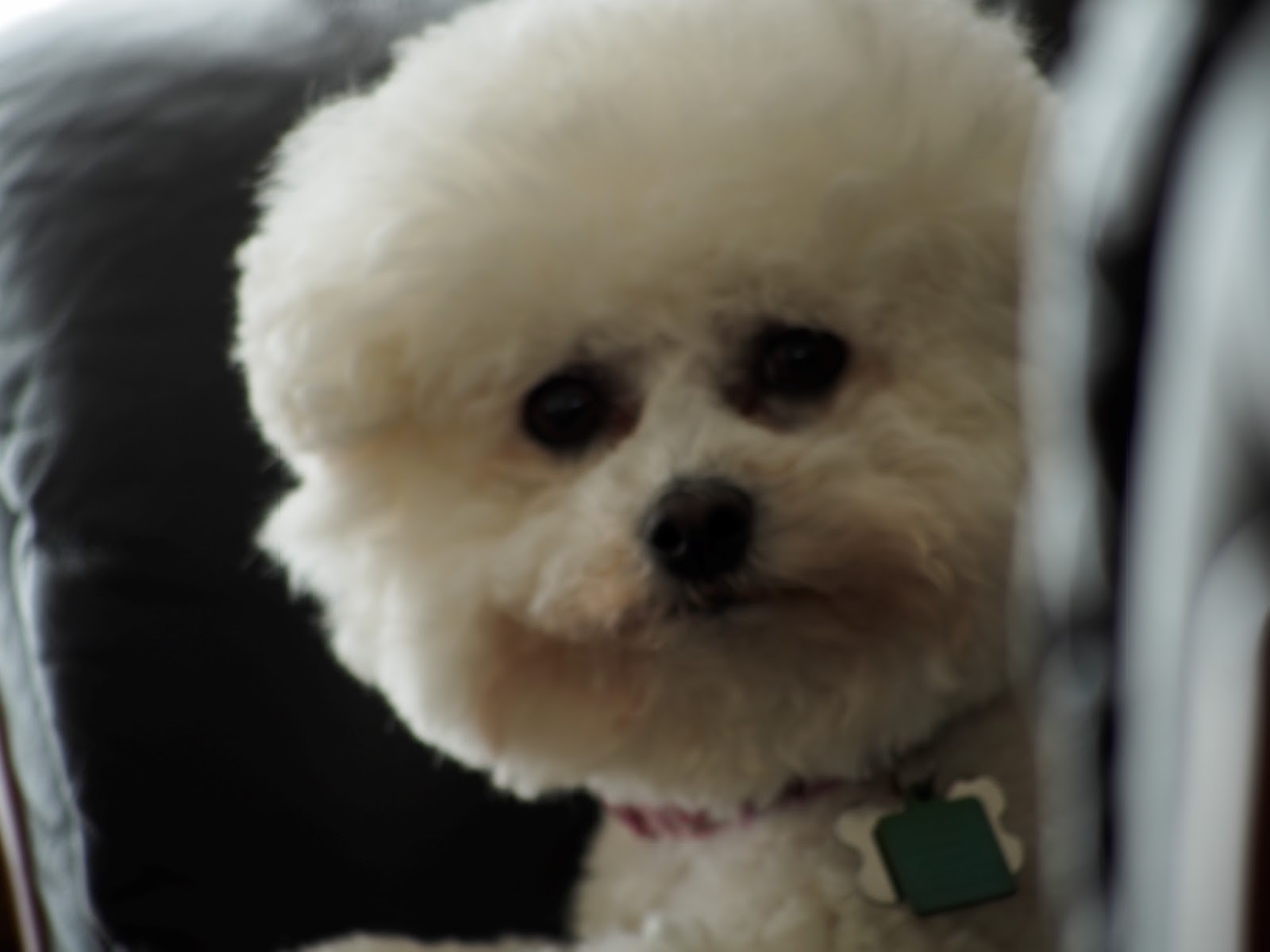 We had three house bunnies at the time we got Daisy May and took her to the same vet for her inoculations.  They were amazing with her and really helped us with plenty of puppy tips and tricks as we were a little out of touch having not had a puppy for so long.  They recommended taking out insurance in case she ever had anything wrong with her and the first company we signed up with was actually Petplan Pet Insurance, who are the company that got in touch with me to ask me to share my pet story on my blog today.

Thankfully Daisy has never had any accidents but she did have a cancer scare a couple of years ago and had to undergo a major operation for such a little dog.  Having adequate insurance certainly gave us the piece of mind that we didn’t have to worry about paying for her treatment, excess aside and meant that we could focus fully on her and her recovery.

I’m pleased to say that our vets were amazing and she had a really speedy recovery.  Getting her back to her usual self in no time was a good job because I don’t know what I’d do without my little side kick! 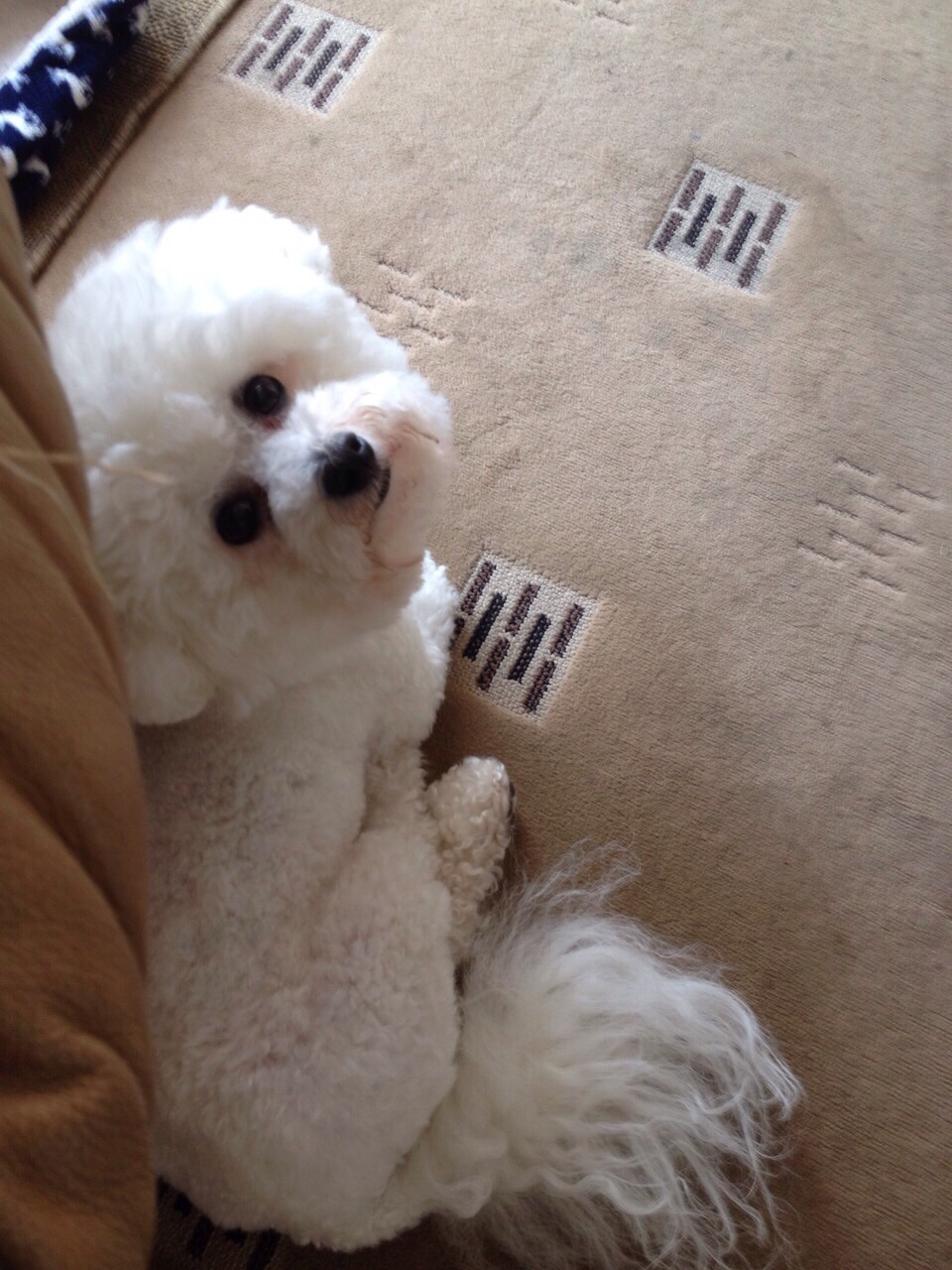 One of my favourite memories of Daisy is actually when we took her to a puppy party at our vets.  They organise a 6 week course for puppies once they’ve had their inoculations and its all about interaction and getting them used to being around other dogs rather than teaching them strict obedience like dog training classes.

The puppy party took place every Saturday morning and all of the owners and dogs would sit around in a circle with their pups.  I’ll never forget Daisy seeing a little pug for the first time or when she became besties with a german shepherd who was far bigger than her despite being younger.  They’d bound about the room together with Daisy running in between its long gangly legs!

Interacting with other dogs from such a young age has definitely stood her in good stead because now I can take her anywhere and she isn’t as frightened of them as I think she would have been had she not got used to others as a pup!  There are so many pet stories I could tell you about Daisy May but looking back at her at those classes is definitely one of my favourite memories so far!

What is your pet story?  What pets do you have?