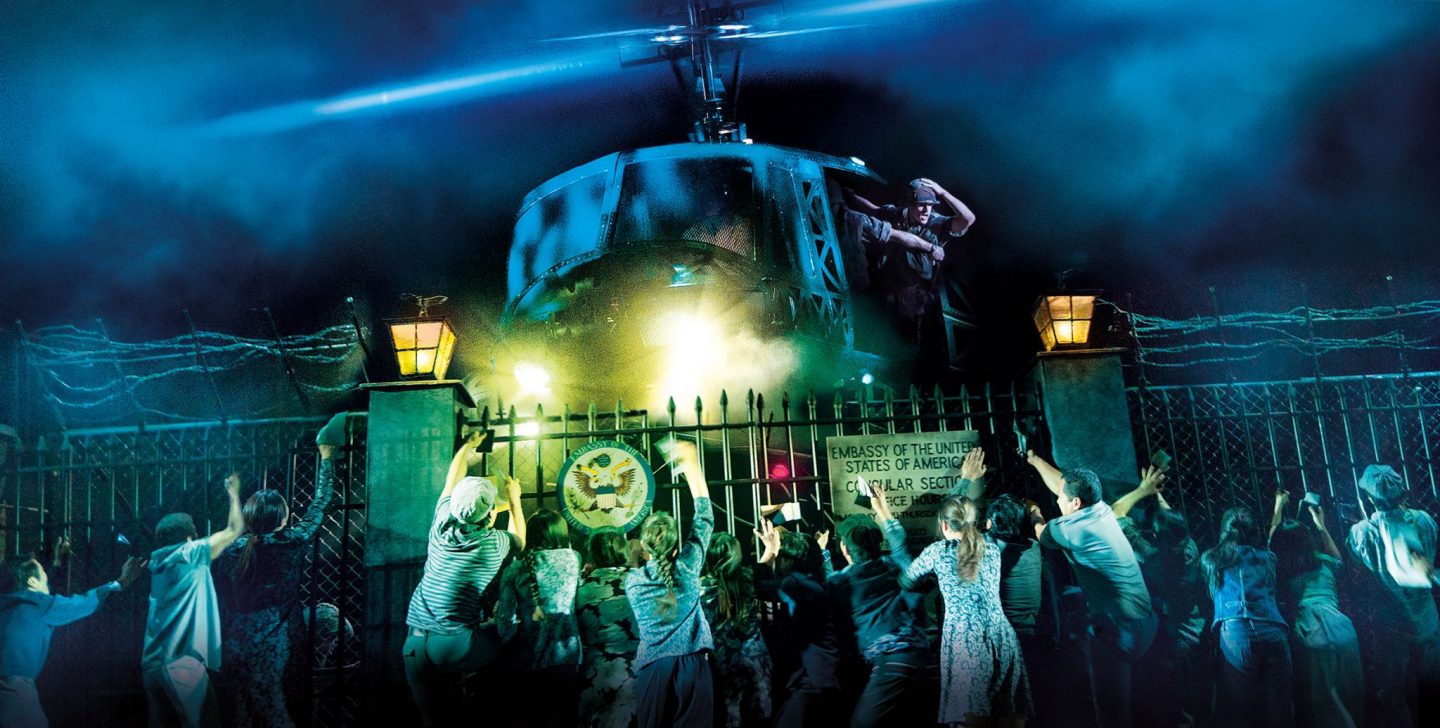 The award-winning, epic production of Miss Saigon arrived at the Sunderland Empire this week for a limited 3 week run in what is one of the biggest productions to ever have been seen on stage at the Empire.

Brought to the stage by Cameron Mackintosh, this is one spectacle you wont want to miss.  It is one of the largest productions on tour right now with a huge cast of 38, an orchestra of 15 and a technical team of 32 who were accompanied by a whopping 16 45-foot trailers to move the production to the Sunderland Empire.  Putting the show into the empire took the work of an additional 100 production and local crew who worked 24 hours a day for 3 days to ensure that the set was built and ready to welcome the audience in the North East. 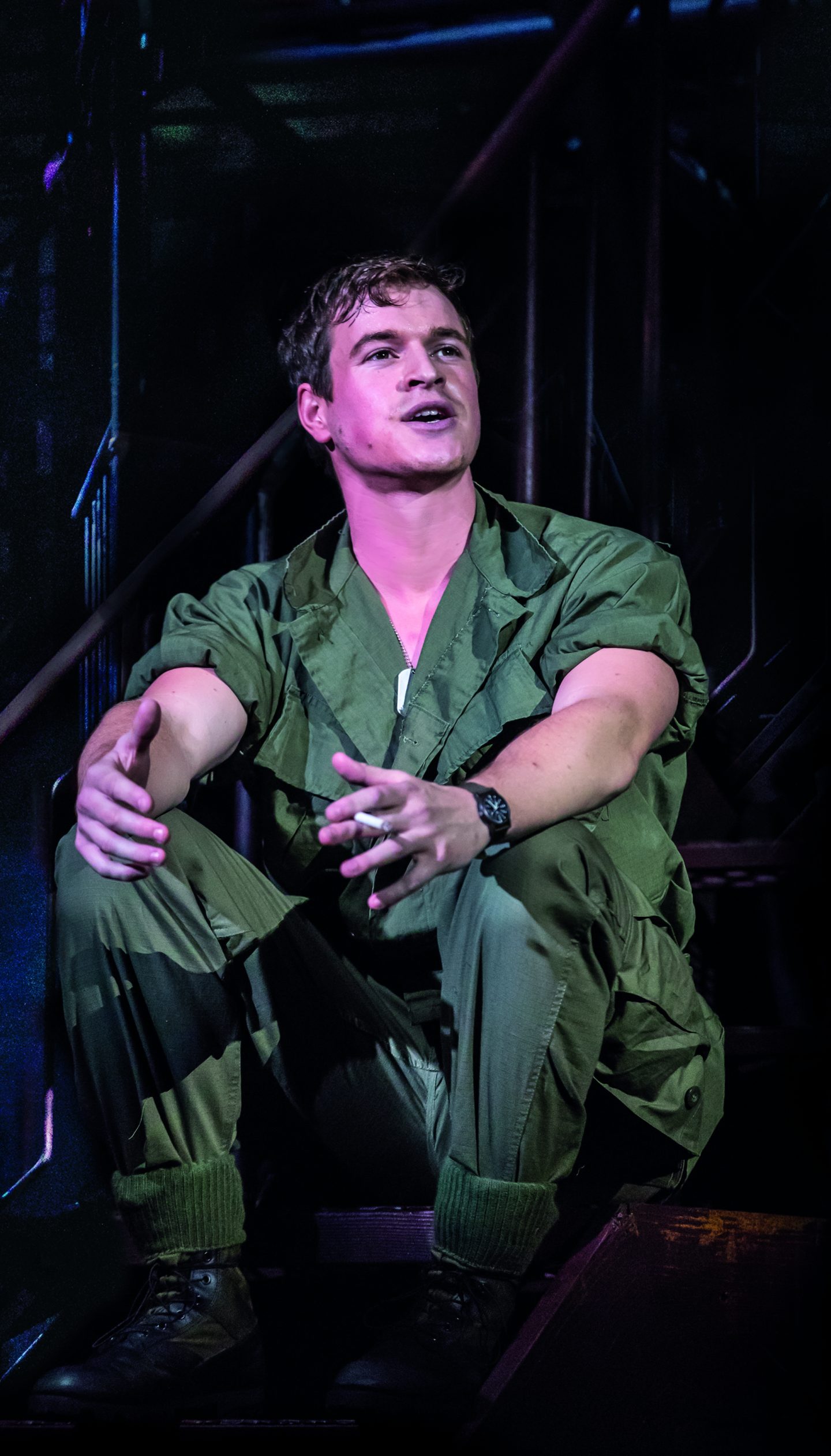 I went along with my mam last night and was wowed by the performance, although I must admit, I was completely unaware of the storyline before I saw it and in all honesty, I didn’t think that it was going to be for me.  Having been to see the show, I can honestly say, or rather admit, that I was wrong.  I fell completely in love with the whole production, hook line and sinker.

Set in the final fays of the Vietnam War, Miss Saigon is touted as the epic love story of our time. It tells the tale of how 17 year old Kim (Sooha Kim), who has been forced to work in a Saigon bar run by a notorious character known as the Engineer (Leo Tavarro Valdez), meets and falls in love with an American GI Chris (Ashley Gilmour).  Set in the final days of the Vietnam War, the love birds are torn apart by the fall of Saigon and the production tracks the epic journey of survival faced by Kim as she finds her way back to Chris, the father of her son, albeit unbeknown to him, and the tragedy that ensues.  If you think that you’re going to be watching a cutesy love story with happy ending, you’d be wrong.

Although the story to begin with feels a little farfetched, it’ll sharp have you gripped. 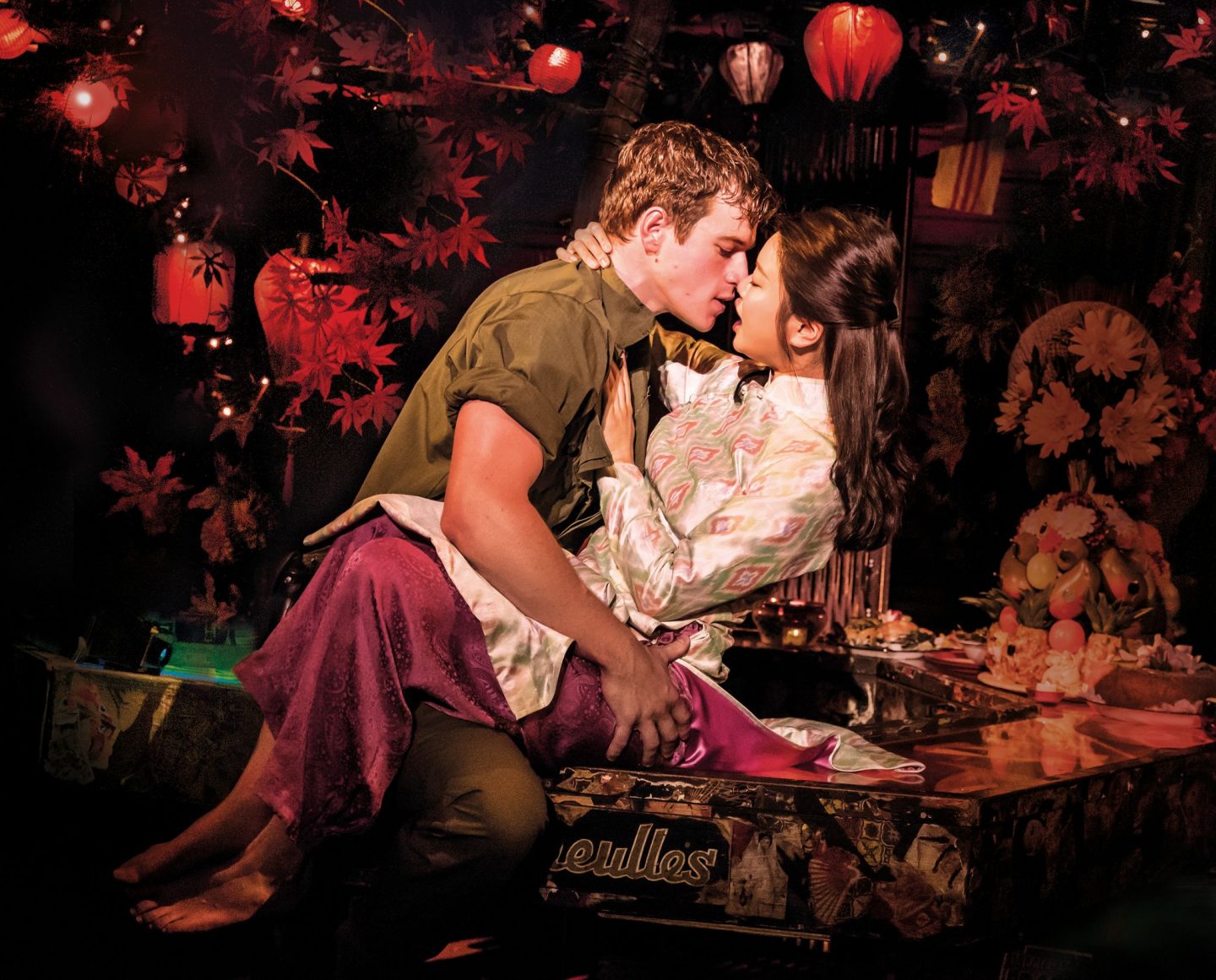 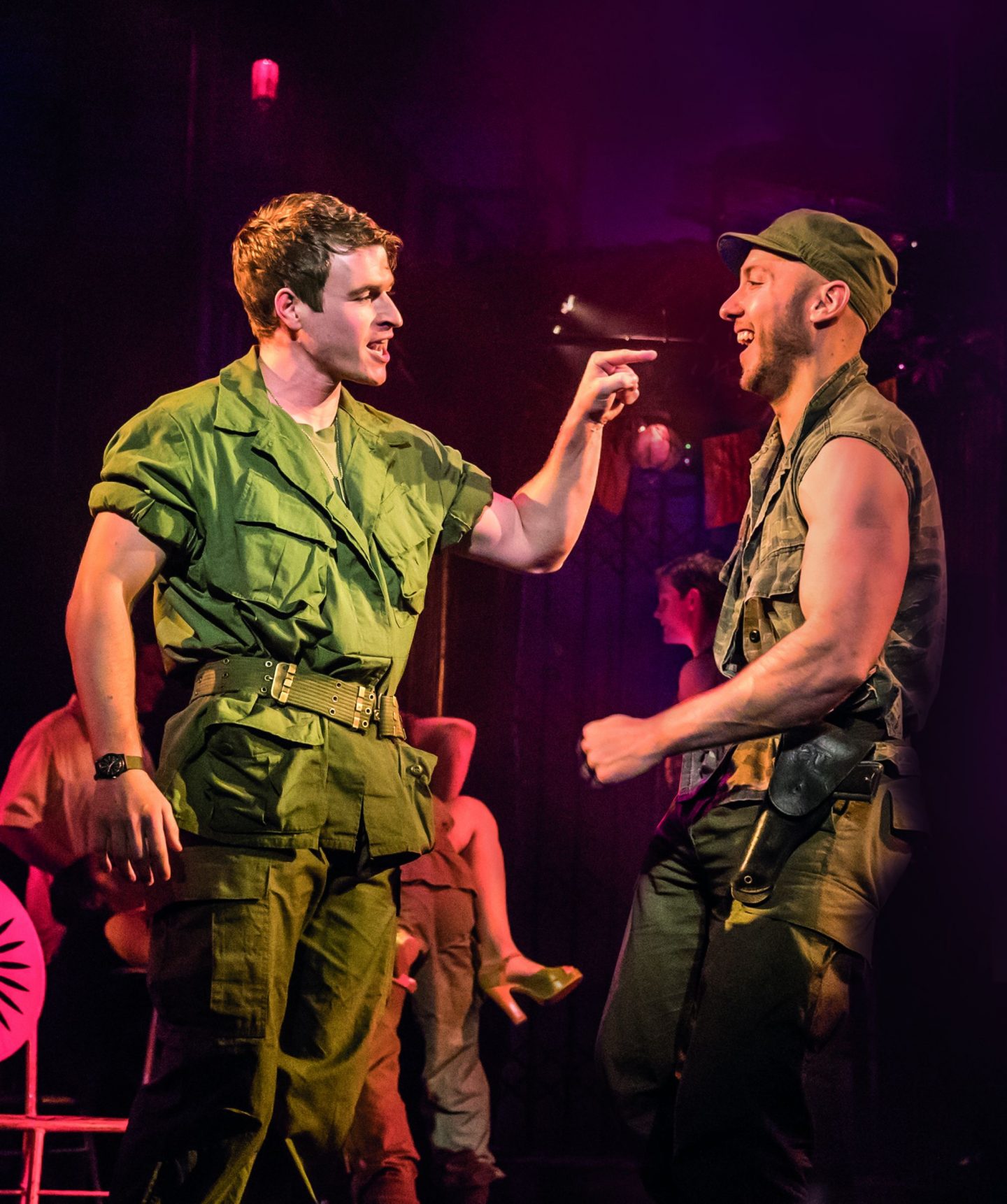 Captivated from the opening number, Miss Saigon is huge production that drew me in from the beginning.  It is unlike anything that I have seen before and the large cast had me in awe, particularly Shooha Kim who doesn’t actually speak English and learnt her lines and songs phonetically.  She plays an incredible part in this critically acclaimed production and is actually the first Korean actress to play the role of Kim in Miss Saigon in both English and Japanese and the effort that she put into her performance really shows.

It is quite incredible to think that this musical has been performed in 32 countries, 369 cities and in 15 different languages across the globe.  It has won over 70 awards including 2 Olivier Awards, 3 Tony Awards and 4 Drama Desk Awards which is a HUGE collective achievement in theatre.  Over 36 million theatre lovers all over the world have seen Miss Saigon and now I have, right in my hometown of Sunderland.

It’s always such an honour to go to such a beautiful venue to see a world class performance and Miss Saigon was nothing short of incredible, especially with the famous helicopter making an appearance, weighing over 3 tons! 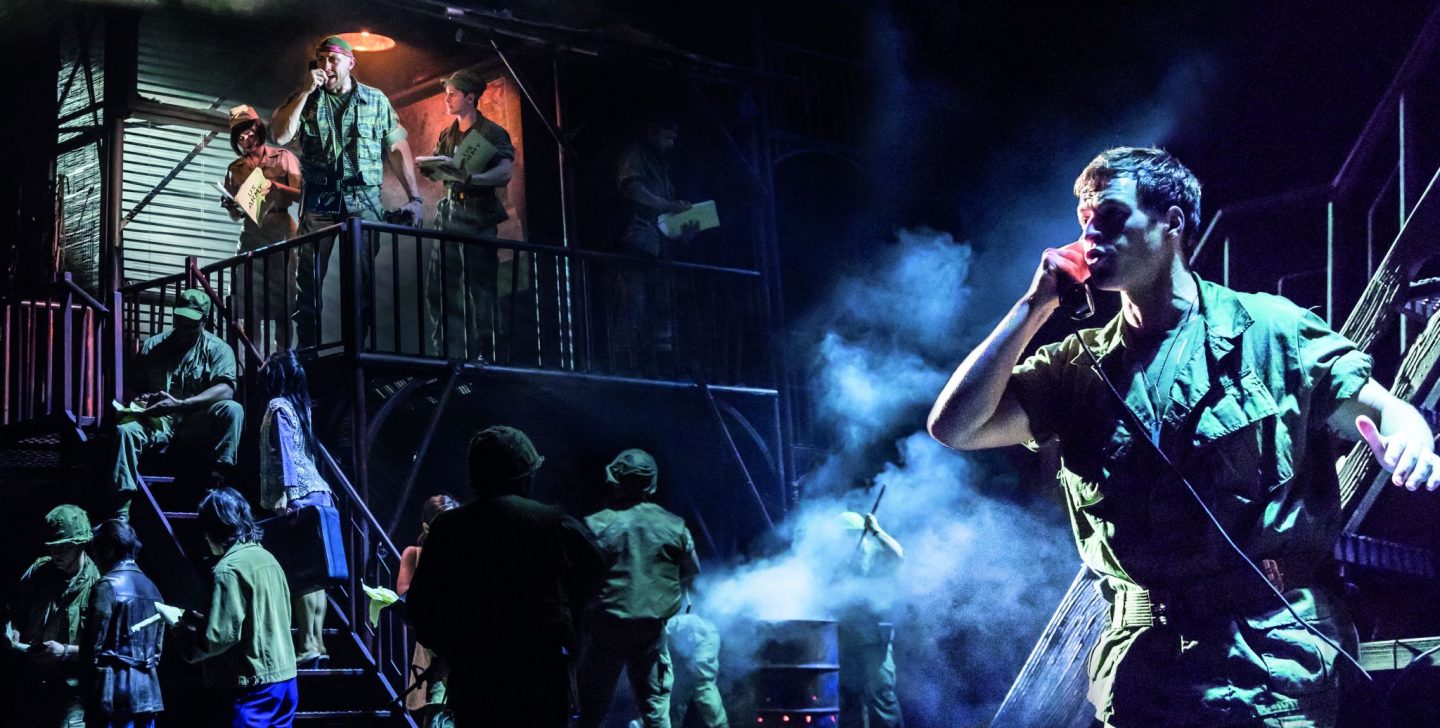 I wouldn’t hesitate to recommend Miss Saigon to you.  My mam and I thoroughly enjoyed the performance on the press night and I would definitely say that it is a show that is worth spending your money on at least once in your lifetime.  It is a story that you can become invested and wrapped up in and that’s a feeling that really needs to be experienced in order to be understood.

Tickets for Miss Saigon at the Sunderland Empire are available ONLINE HERE, via the ticket centre on 0844 871 3022, which is a chargeable number, or direct from the Box Office of the venue on High Street West in Sunderland.  It runs until 17th November so I’d recommend booking tickets ASAP before you miss your chance to see it!

If Miss Saigon sounds great to you, why not pin this post for later? 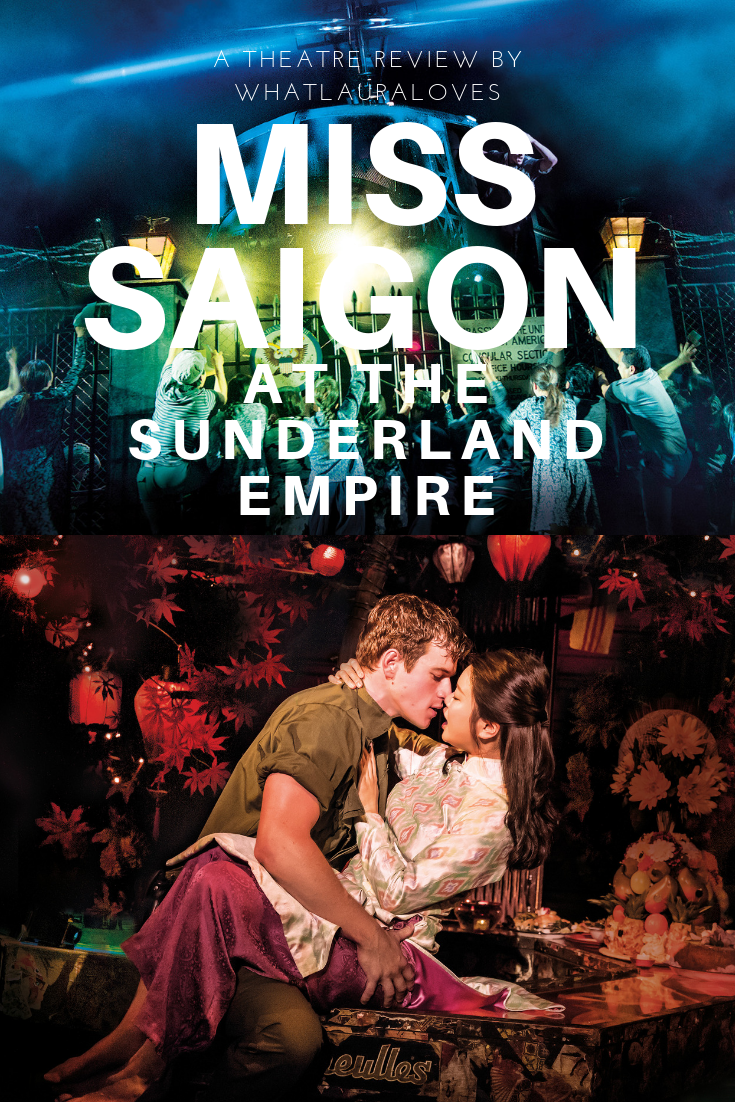 Have you seen Miss Saigon before?  How does it sound to you?