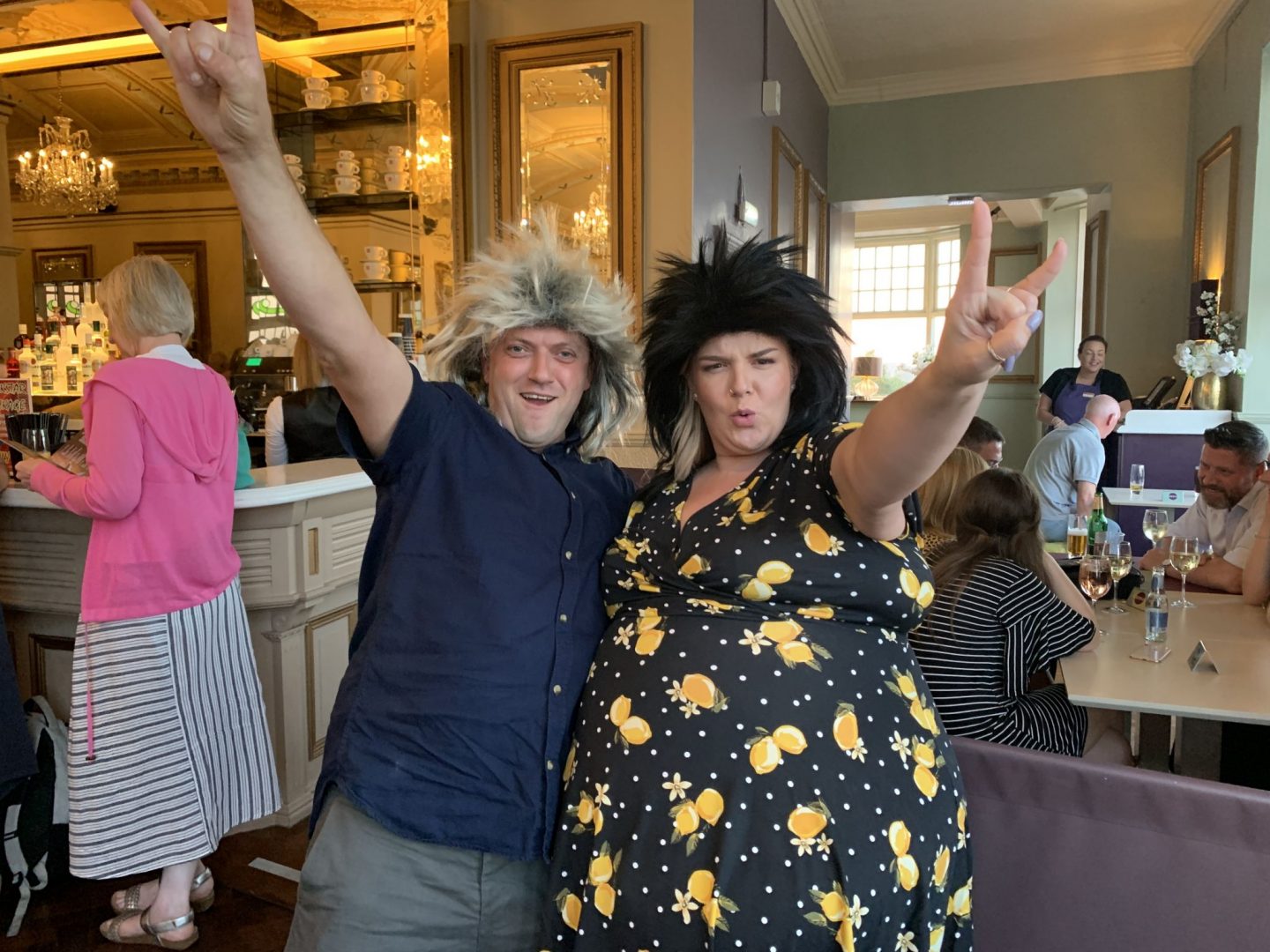 When my partner came to his first press night with me at The Sunderland Empire a month or so ago, his beautiful eyes lit up when he saw that Rock Of Ages The Musical was coming to the theatre and said PLEASE could we go.  This week, the press night arrived and it did not disappoint.  I thoroughly enjoyed it from start to finish, even more so than I thought I would but it was my man who was in his absolute element.

The music is phenomenal, played live in front of you and sang with such feeling and passion by a truly stellar cast.  I mean imagine seeing Curly Watts from Corrie (Kevin Kennedy) rocking out alongside the incredible Zoe Birkett who was noticeably elated to be back in the North East!  Rock of Ages is an LA love story highlighted with over 25 rock anthems that you’ll all know and be able to sing along to.  Energetic, passion filled songs from one of the most vocally strong casts I’ve heard; Jodie Steele and Luke Walsh were INCREDIBLE.

Filled with plenty classic glam rock moves of the time and faultless acting that regularly smashed the third wall and got the audience involved (shout out to Lisa!), Rock Of Ages is a musical that’ll have you singing along, dancing at your seat and smiling from ear to ear.

What I wasn’t expecting was how hilarious this musical is; laugh out loud at its finest.  Luke Rush is a comic GENIUS and Andy Carthy had us both creased laughing alongside Vas Constanti, who fondly reminded us of John Cleese in his performance.

I couldn’t recommend Rock Of Ages more highly so grab your tickets and Feel The Noize!

The Final Countdown really is on for you to see this fantastic musical on its UK tour. It closes at the Sunderland Empire THIS SATURDAY but the great news is that there’s plenty of opportunity for you to see it.

Head to ATG Tickets to buy!