Wow, what a night!  I have just returned home from The Sunderland Empire where I attended the press night of War Horse and felt compelled to put fingers to keyboard and get this post scheduled for this week immediately.  It takes a lot to really wow me and leave me speechless but tonight, I’ve been sat in awe at what I have seen. 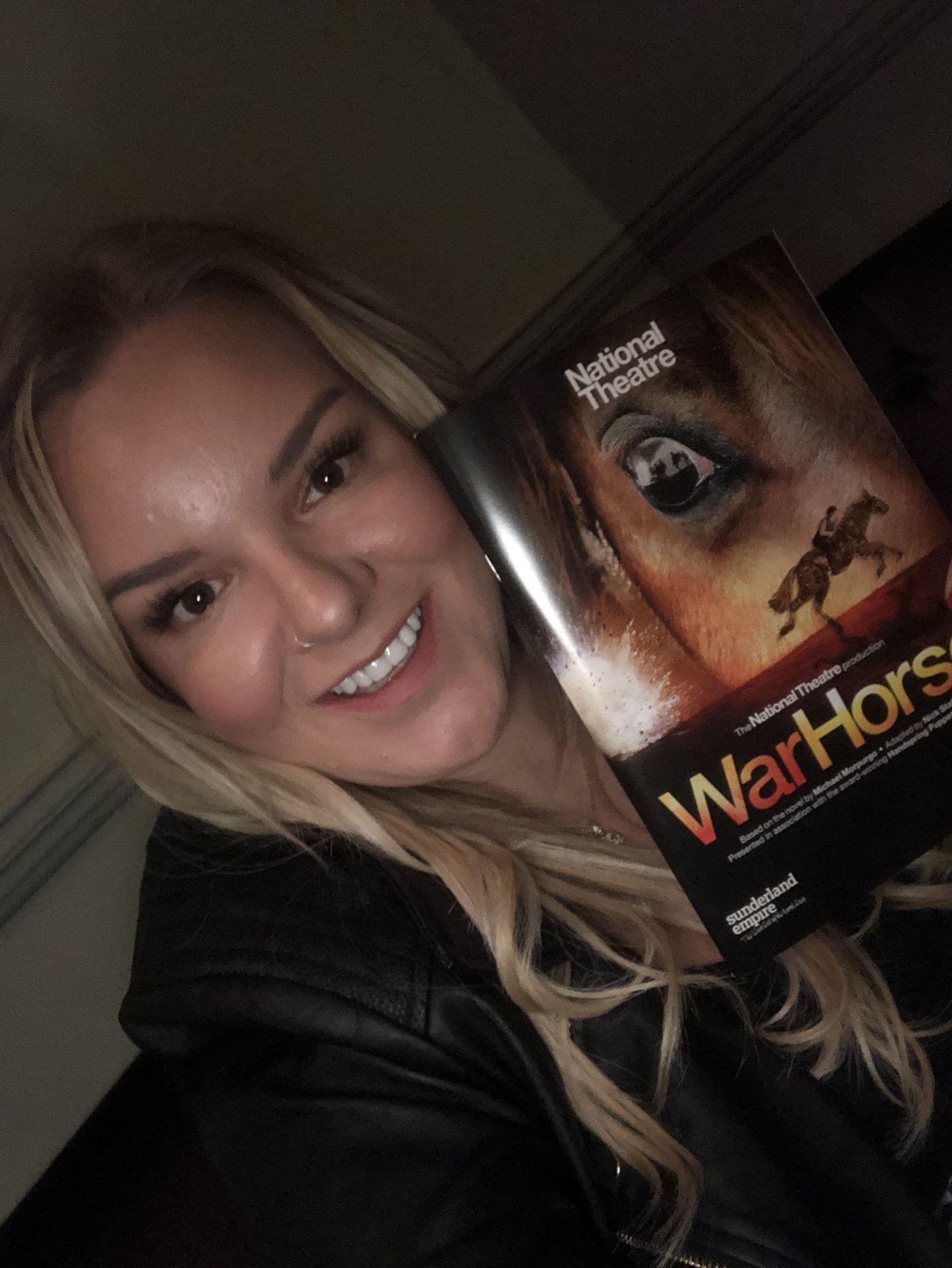 War Horse is the production that my mam and I have been waiting for years to see, it has felt like a lifetime but the wait was over tonight and it surpassed all of our expectations.  My mam has always had a love of horses and passed this on to me from an early age so to enjoy a theatre production like this with her was really something special.

War Horse is set during the time of the outbreak of World War One and tells the story of the love between a boy, Albert, and his horse, Joey, who was purchased by his father, much to the dismay of his mother and then sold onto the Cavalry.  Albert was understandably heartbroken but remained optimistic that they would meet again, even when learning that Joey had been shipped over to France for battle.

During the war, Joey served on both sides before ending up alone in no man’s land.  All the while Albert, who stayed on his parents farm in rural Devon, as he was too young to enlist in the armed forces, set off on what would be a treacherous mission to find and bring home the horse he cares so deeply about.

When caught up in enemy fire, fate takes the pair on an extraordinary journey to reunite them, which the stage show tells with such breathtaking suspense, drama and realism through world class acting, a breathtakingly haunting set design, fast paced and atmospheric lighting and powerful sound in the form of effects, music and songs.  The sound of the gun fire literally had me jumping out of my seat. it was so loud, piercing and realistic!

I’m sure most of you will have already heard of War Horse be it in the form of a book, on stage or screen.  Originally a novel by Michael Morpurgo, War Horse was first adapted into a play for the stage in 2007 by British playwright and writer, Nick Stafford for the National Theatre.  The stage adaptation garnered him some incredible accolades including a Laurence Olivier Award nomination for Best New Play in 2008 and a Tony Award for Best Play in 2011, which are only two of the many, many awards this incredible stage production has won worldwide over the years.  So very well deserved of course and I can only have wished that I’d seen it sooner, although now I know that when it tours again, I’ll certainly be buying tickets.

Perhaps you have seen War Horse in cinemas or at home on DVD as it was adapted into a stunning screenplay in 2011, written by Lee Hall and Richard Curtis.  Directed and co-produced by than none other than Stephen Spielberg and grossing over $177.6 million at the box office, the film was a smash hit the world over and rightly so, it is an incredible film but nothing was more phenomenal than seeing it brought to life on stage, right in front of our very eyes.

Whether you’ve read the book, seen the film or haven’t stumbled upon War Horse before, I urge you to go to see it on stage; you’ll not be disappointed.

The National Theatre’s War Horse is now touring the UK and internationally following an an amazing 8 year record breaking run in London’s West End and having played to over 7 million people across 11 countries worldwide.  Right now, it is on stage at The Sunderland Empire until 23rd February and I would urge you to go to see it.  We were left open mouthed in amazement and moved to tears; this is a production that you really don’t want to miss.

The staging is incredible and so inventive.  The horses and geese are brought to life through puppetry and with such fluid movements, you very quickly forget that the incredible actors are even on stage with them.  Their movements are so realistic and lifelike its incredible, even down to the mannerisms of the geese and the twitching of the horses ears, it was so amazing.  It was easy to sense how captivated the whole theatre was by the performance and totally absorbed in the action on stage.  The set is so atmospheric with many of the actors involved in bringing scene changes to life but its the horses that really had everyone mesmerised.

It really is incredible to see the story brought to life on stage with life sized horses, by South Africa’s Handspring Puppet Company, literally breathing, galloping, charging, acting and reacting with the other actors, right in front of your very eyes.  You really need to see it to believe how clever it is, I can only wish that I had gone sooner!

I missed the first UK national tour of War Horse when it came to the Sunderland Empire as the timings just weren’t right for me and I swore that if it came back, I’d go to see it.  In 2017, I very nearly bought tickets for my mam and I to go but funds didn’t permit as it would have meant travelling across the country.  Then I discovered that it was coming to my home city in our most beautifully grand theatre that’s stood proudly in our city for over 100 years old.   What an honour it has been to see the production here.  War Horse isn’t just a play, it’s an experience and one that we will never forget. 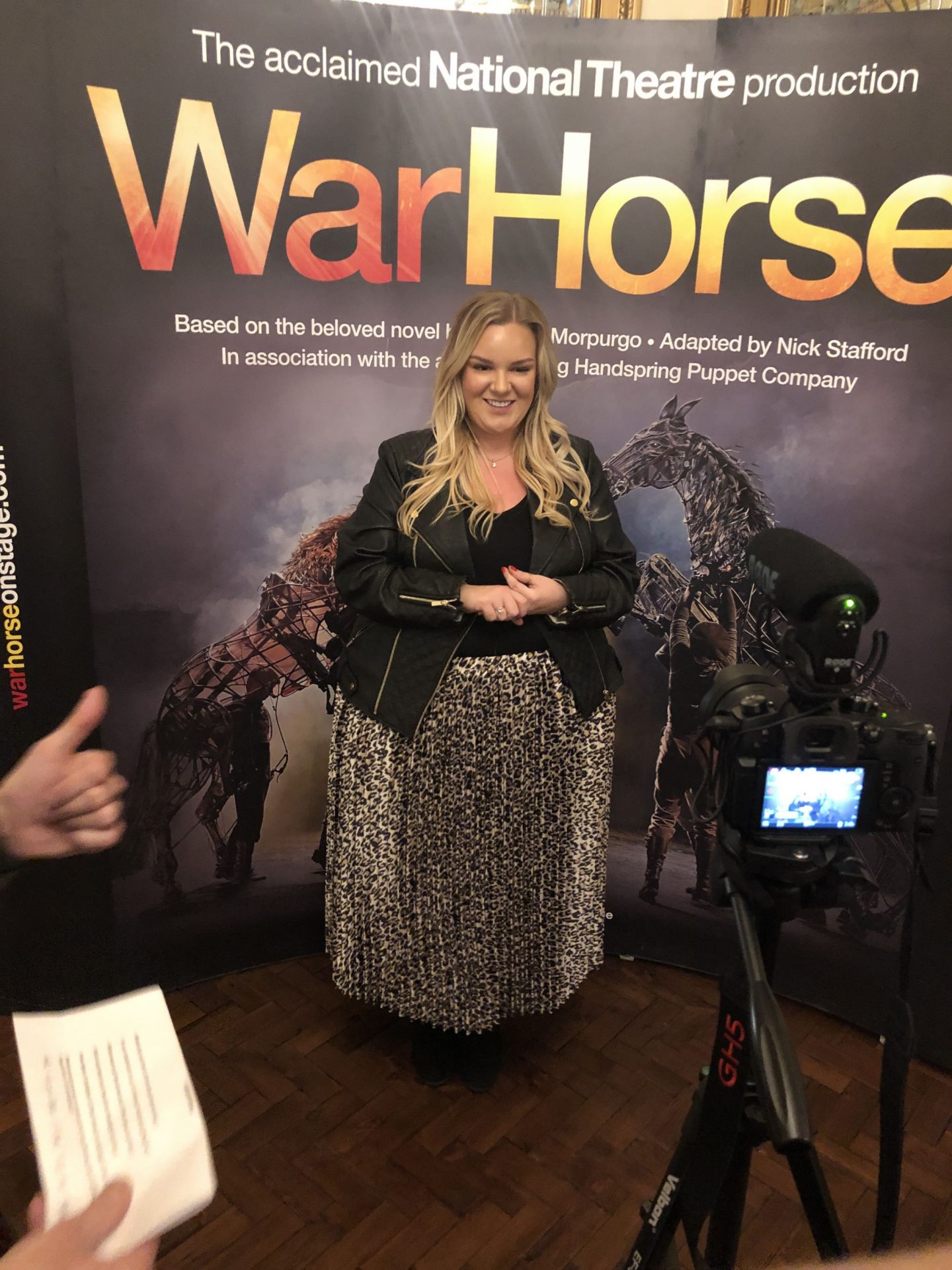 With Valentine’s Day coming up, tickets for War Horse would make the perfect gift whether you’re treating yourself or someone you love.  Get dressed up for Galentine’s or Valentine’s (check out my post on styling the pleated skirt that I’m wearing here) and enjoy the most magnificent production you’ll see for years to come.