Whats your favourite drink to enjoy on a night out?  Whether you’re into your alcoholic tipples or you prefer a mocktail, theres always so many different concoctions to try and so many drinks that are great simply as they are.  Drinking of alcohol for  me has changed over the years.  I used to love going out and having a few drinks with the girls but I’d always suffer terribly with hangovers.  Nowadays, I work so much that I haven’t got time to be recovering the next day like I did during my college days and so its very rare that I have a few too many drinks.

Drinking responsibly is definitely the best way to go in my book; enjoying whats in your glass for how it tastes rather than with the purpose of getting drunk.  I remember when I was in my late teens, there were so many bars offering low prices on really sugary alcopops and trebles with alcohol that tasted like paint stripper that was served with the most watered down mixers.  Now I go for quality over quantity for my drinks and I don’t mind paying a little more for it if it tastes nice.  I think a lot of people are like that now or perhaps it’s an age thing and comes as you mature.

Come to think of it, there’s so much that has changed with alcohol over the years.  I remember there was always a focus on buying fishbowls or jugs of cocktails with little presentation whereas now bars make a conscious effort to be Instagrammable and take time over the presentation of drinks.  A drink to yourself seems more of the norm now rather than the jugs of TVR or Sex On The Beach we used to buy.  And don’t even get me started on shots…!

Fast forward to 2020 and things have definitely changed.  Now, when you frequent a bar theres always so much to choose from, be it a mojito or a Malibu and coke, a wine or a whisky.  Bars put time and effort into their drinks, especially now that gin has become the trendy drink of the moment to enjoy!

In today’s post, I’m going to be sharing 5 of the most popular beverages enjoyed by people when they hit their local bar.  Do you agree with them?  Which ones are your favourite?

Vodka is enjoyed all over the world.  One of the main reasons why is because it is such a versatile drink and can be teamed with a whole host of mixers.  You can have it on the rocks if you’re braver than I, you can team it with the likes of coke or orange juice, or you can opt for a vodka cocktail.  The options are endless.  If you don’t know what to drink, vodka is usually a sure bet as you can’t go too wrong with it.  I find that you can really tell the difference between a good quality vodka and a poor one and while I don’t like the taste of it on its own, when it is served with a mixer like pineapple juice or in a cocktail, it is ideal as it doesn’t have much taste.  I personally don’t really like the taste of bitter drinks or being able to taste the alcohol in general really.  I like sweet drinks but not too sweet so vodka is ideal for me when I’m out!  I love the flavoured ones that you can buy too from brands like Ciroc and Absolut.

The Margarita is a cocktail that has been around for many years now.  It consists of tequila, triple sec and lime juice.  A traditional Margarita is served in a glass with a salt rim.  However, there have been many variations of this cocktail created over the years, with different flavours incorporated and a sugar rim being a popular alternative to salt.  When I was in Florida quite a few years ago now, I went to a place called Señor Frogs and they had a margarita cocktail with a bottle of Corona in it called a Coronarita which I surprisingly really liked.

JAMESON ON THE ROCKS

Jameson is a blended Irish whisky that I remember my Grandad enjoying.  It is produced by Irish Distillers and is best served on the rocks so you can appreciate the full flavour of the drink.  Jameson is triple distilled to ensure that it boasts an all-round balanced taste and a smooth texture.  It is said that you should sip this drink slowly to truly appreciate its qualities and flavour.  On both occasions that I have been to Dublin, I have done the Guinness Storehouse tour but I’d love to visit the Jameson distillery on a future visit! 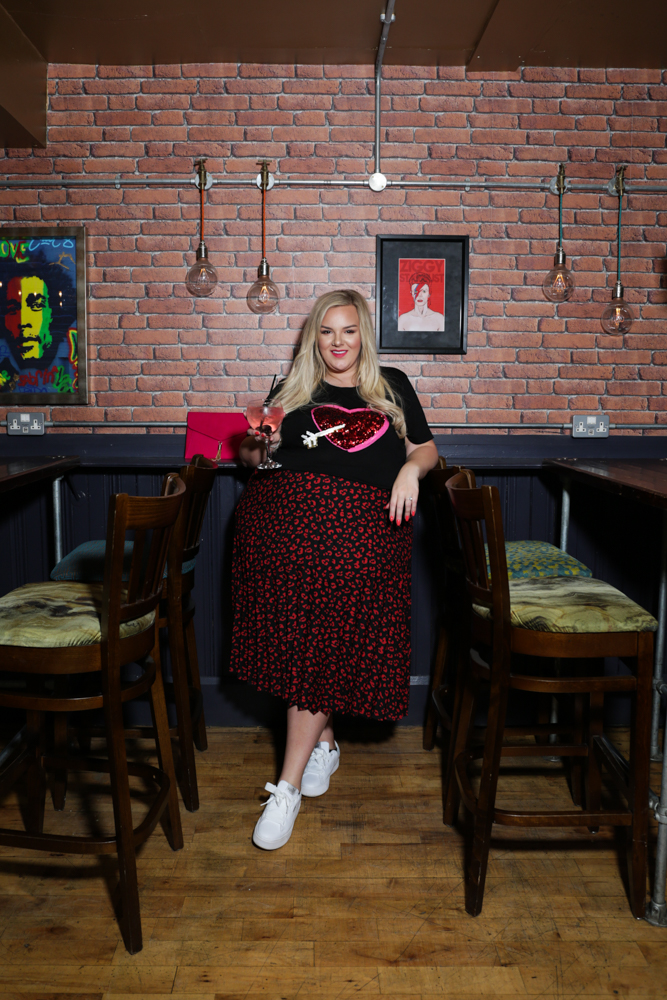 Gin and Tonic is a classic drink that has been popular for many, many years now.  It is a simple drink yet many people think that it tastes delicious and now there are so many different concoctions that it can be as simple or as complex as you like!  I’ll often have a drink of some form of flavoured gin when I go out to my most visited bar in South Shields, Ziggys.  It’s always a great night in there and I like to try out the different flavoured gins that they have.  The one in the glass I’m holding from some of these photos taken at Ziggys was a pink gin with soda and fruit garnish.

I used to think that gin was mothers ruin and I avoided it for many years until about 2018 when it started to become popular again and all of the flavoured gins came out.  I started to have an alcohol free regular gin and tonic as a refreshing drink on a really hot summers day as a none alcohol alternative, especially if I had the car as I never like to have even one drink and then drive, I just don’t think that its worth the risk.  I would load it up with loads of ice and slices of lemon and lime or cucumber in the glass and actually found myself enjoying it which I think must be because my palette has changed as I’ve got older.  I do like the version with alcohol too and I’ve found that you really need to go for premium gin from a reputable gin distillery in order to get the best ones.  Most bartenders serve this drink with ice and a slice of lime or lemon to garnish but I’ve found that so many places now spice things by incorporating special tonics and different fruit garnishes to add their own touch of flair; Fevertree make some fabulous flavoured mixers to add to gin. 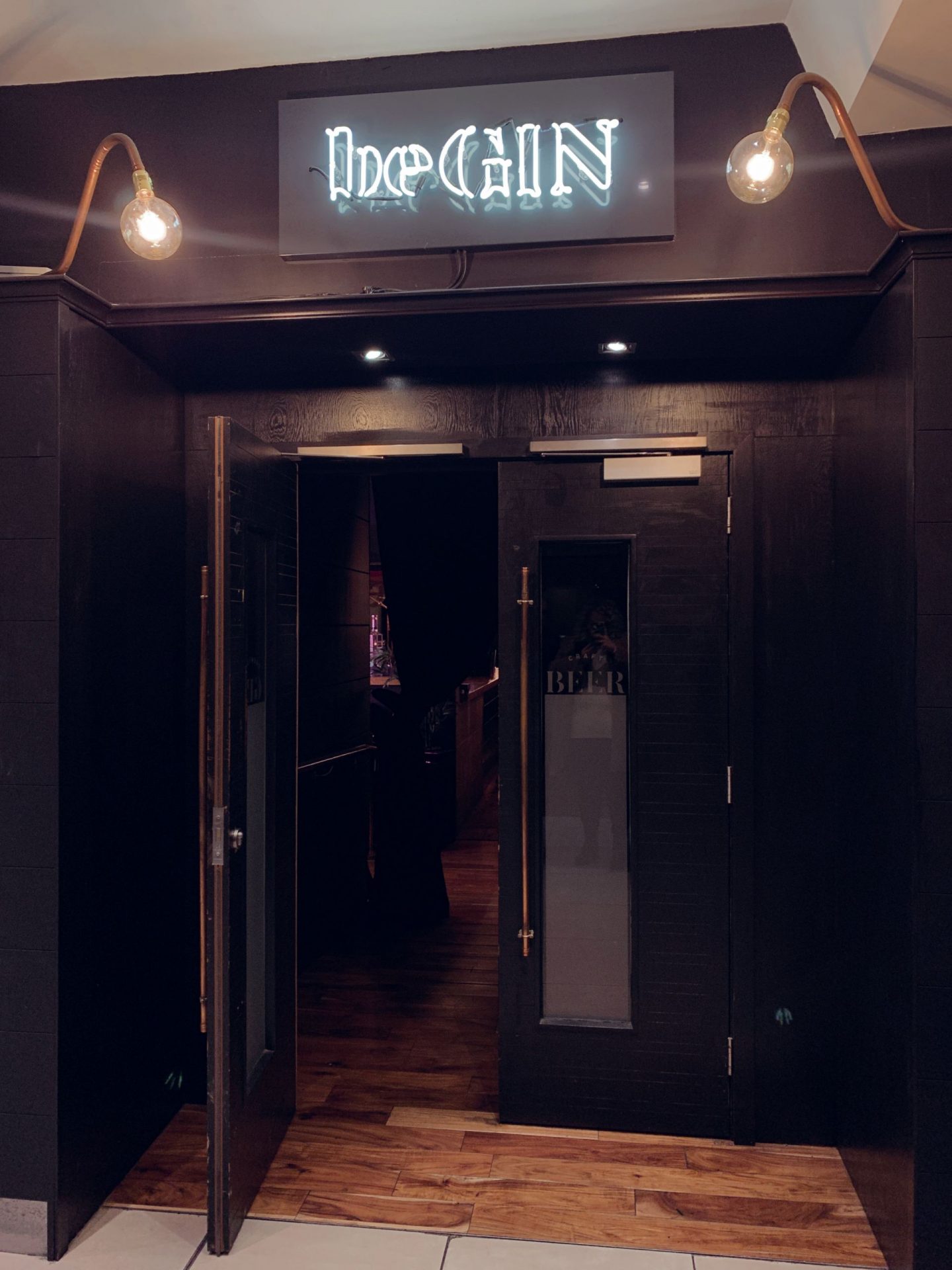 For me though, gin really became a drink I enjoyed when all of the flavoured ones came out; rhubarb and ginger, candy cane and parma violet to name but a few.  When I was away for the weekend in Glasgow recently, I enjoyed a fabulous gin in a bar called Be Gin which offered the ‘Perfect Serve’ where they would add the appropriate mixer and garnish to your gin of choice.  The selection was VAST and their recommendations were spot on.  I asked the girl who took our order for what she would recommend for someone who prefers sweeter drinks and isn’t a huge fan of plain tonic with flavoured gin and after asking some questions to ascertain my preferences, her recommendation was bang on!

I enjoyed a delicious Hoxton Gin which had tropical, coconut notes and it was served with Fevertree Ginger Ale, desiccated coconut and dried pineapple.  Absolutely outstanding and one that I can’t wait to recreate at home once I’ve bought some fabulous gin glasses! 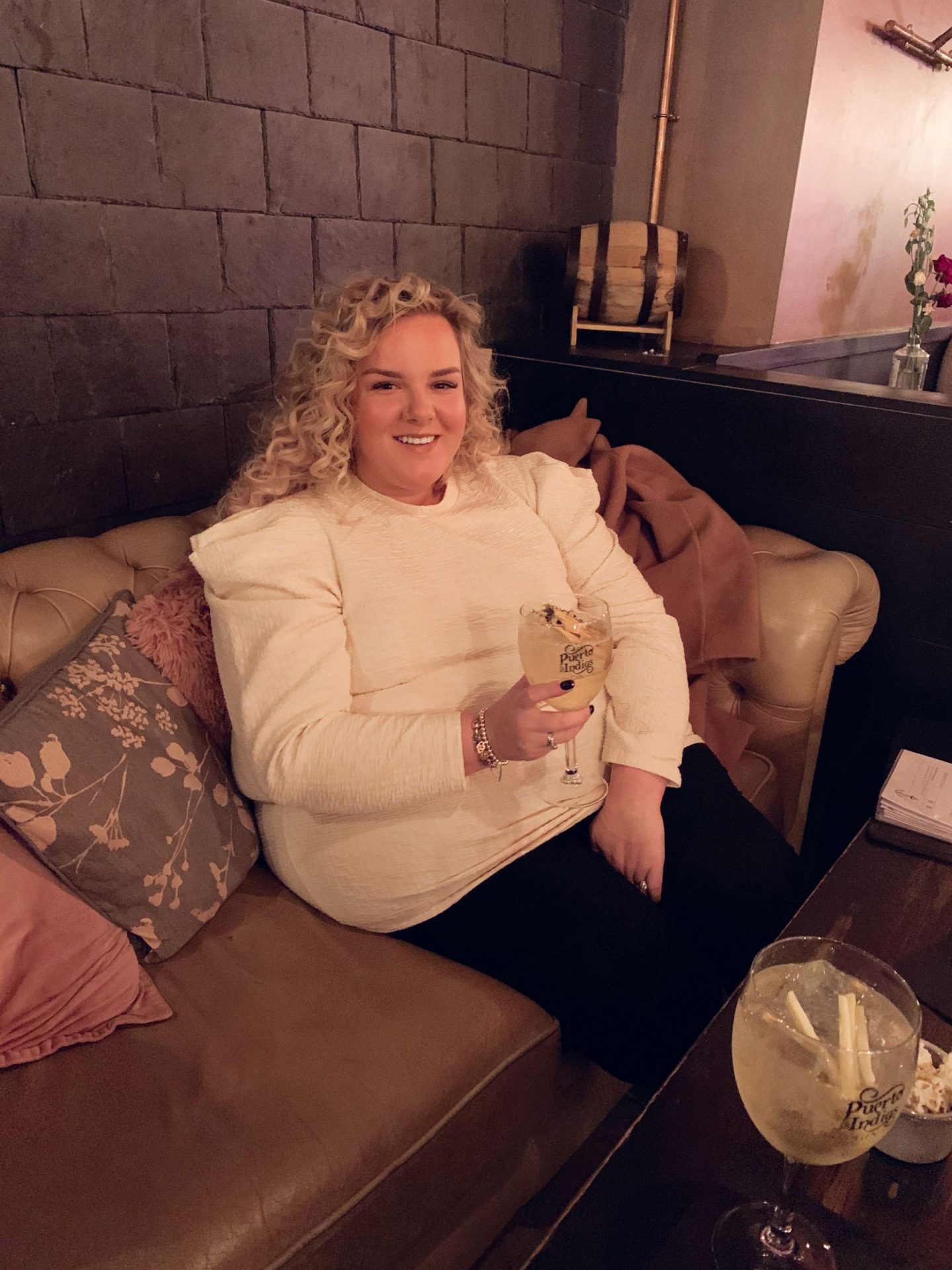 JACK DANIELS ON THE ROCKS

Jack Daniel’s has attained a cult-like status and while I’ve tried to get on board the JD and coke train several times over the years, its just not to my tastes.  Jack Daniels is a type of Tennessee whiskey, which means it begins life like bourbon until the charcoal mellowing occurs, which will smooth out the whiskey before it is put into the barrels.  This process makes all of the difference.  When drinking, you can expect to experience notes of spice, vanilla and toasted oak when enjoying this drink.  If you find that Jack Daniel’s is too strong on its own, you may want to try JD and coke, which is another popular way of drinking this whiskey.

So there we have it, some of the most popular drinks out there, served in bars and at parties.  Which would be your preference?  It goes without saying to always drink responsibly and I really don’t think that alcohol should have to be consumed in order to have a good time.  I know that many people feel as though it gives them a confidence boost and if so, I would urge you to start working on that confidence sober and build it up naturally.  There are so many times that I go out now and don’t touch a drop of alcohol.  Being with my friends and family, seeing live music and having a dance is my purpose for going out, not having a drink or getting drunk and if anyone in your social circle isn’t drinking one night, please don’t point it out.  There’s a million and one reasons as to why they may not be consuming alcohol, it doesn’t make them any less of a person, or any less fun and they certainly don’t owe anyone else an explanation.